Families, Sports and Fun Lovers to Drive Private Aviation in 2017 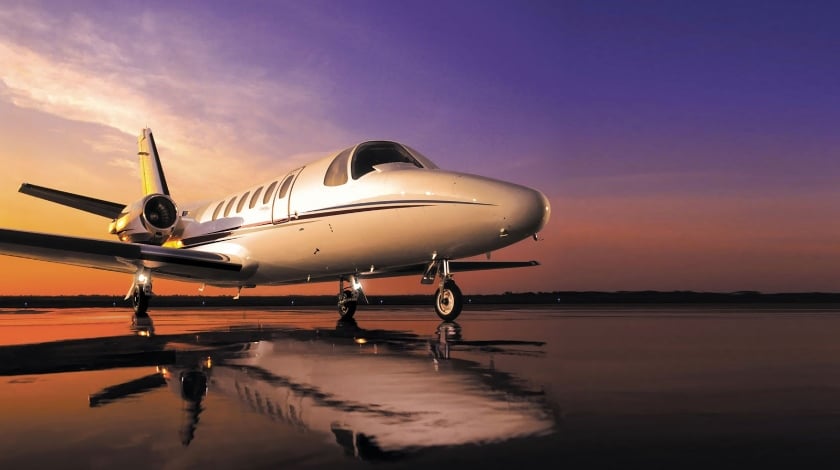 Nowadays, private flights are popular not only stereotypically for business, but also for private tourism, sport or entertainment industries as well. Growing demand can be associated not only with intensified terrorism attacks, but also with relatively decreased costs having in mind the quality and amount of services private jet fliers receive.

When private jet flying has been long associated with premium services that only few could afford, in recent years, industry has seen a tremendous popularity growth. The recovery of private jets market after the financial crisis was marked with sharp booms in North America, which now own 73% of the global private jets market and Europe that constitutes around 20% of overall demand.

The remaining 7% mainly come from the Asian region. Indian and Chinese markets are forecast to strengthen their position in the upcoming 20 years. China alone is expected to need more than 2,420 new business aircraft until 2032 according to Smart Research Insights study conducted in 2015. The independent study of Jetcraft reveals that global private jet market is forecast to demand 7,879 new aircraft deliveries representing $248 billion in revenues in the upcoming 10 years.

“When previously vast majority of the bookings were for business-related reasons, nowadays we receive more and more inquiries from families, groups of friends, sport teams or event organizers.

The usage of private charters is expanding – people aim to lease out airplanes for weddings or some important celebrations, or large family holidays, sometimes private companies even aim to launch new products in the air and ask us for professional help. Currently, more and more customers are non-typical private jet fliers and I presume this new clientele group will contribute to further forecast market growth significantly in the upcoming future,” comments Vitalij Kapitonov, CEO of KlasJet, which is a member of the Avia Solutions Group family – an international, publicly traded aviation holding company with over 20 subsidiaries worldwide.

The price of safety?

The recent and forecast growth of the market can be explained in the context of safety associated reasons. Intensified plane catastrophes and terrorist attacks at the airport area may have encouraged many to think about the safety both in the airport and onboard. Although flying private does not mean you won’t have to go through security, the time you spend in the airport with strangers will be minimized – depending on the airport, separate security areas are furnished for private flyers. The same argument applies to onboard safety – flying with other passengers you are unaware of vs private flying with your friends or family members, which definitely minimizes the unforeseen incidents risk in the air.

Despite the fact that all flights are subject to strict regulations, additional third party examinations are applicable to private jets before they are passed on to further inspections, thus even additional security is guaranteed. In addition, private jet pilots are usually in better physical shape – they are not subject to long work-days with little to no sleep.

Due to usually smaller aircraft nature, private jets need a shorter runway, this feature allows the increased variety of options in terms of landing. Thus, airport availability for private jets is even 5 times larger compared to commercial airlines according to PrivateFly. However, important to note, that feature is not applicable to mid-size business jets, such as Boeing 737 for example. The addition of “business jet” next to the original aircraft name does not allow same landing options as for small private airplanes.

While huge commercial aircraft seem to have wide reachability, sometimes 2, 3 or even 4 flights are need to be taken to reach the remote islands of Caribbean, Asia Pacific or Mediterranean. In contrast, private jets, not only open up the world for most secret locations on the globe, but also shorten the journey significantly while reducing the number of connecting flights. Additionally, private jets fly whenever you want (where is the possibility to land) and anytime you want. There is no need to adjust trip plans according to commercial airlines schedule.

In the fast-paced environment that we live today, time-saving feature while flying private jets is one of the most significant reasons for choosing this option instead of commercial flights. Depending on the operator, aircraft can be ready in just a few hours and you can come to the airport only 15 minutes before the flight. And most importantly, avoid the highly irritating part of travelling – check-in and boarding.

Private jet fliers do not need to deal with long lines for security, check-in or baggage carousel, they are provided with separate areas for these actions.

Think about the long-haul flights, it takes hours if not days, to reach distant locations, however, flying a private jet can save both: your time and energy. If plane has enough fuel capacity to reach the destination, only direct flight will be chosen, thus a lot of time dedicated to layovers is avoided.

When commercial aircraft fly normally around 35,000 feet height, private jets fly above them, sometimes even up to 51,000 feet. Smaller size and higher flying level create different weather, flight altitude, turbulence and jet streams’ working conditions – all of these reasons allow private jets to avoid the intense air traffic and impact the speed positively.

Productivity at its best

Private jet travelling allows to save time not only while avoiding long lines, and moving faster in the air, but also, while using the private time onboard efficiently. A survey conducted by National Business Aviation Association revealed that employees are 20% more productive while on private aircraft than in the office.

Their counterparts flying commercial reported a 40% drop in productivity. The same study concluded that 72% of time spent on private aircraft involves work, compared to 31% on commercial flights. In addition, even 36% of flying time at private aircraft is dedicated to communication with company employees, suppliers or customers compared to 3% on commercial flights. Thus, getting colleagues on the same flight can help to make the most of the travel time.

“Most frequently, people who need efficiency, flexibility and connectivity to places that are not well served by scheduled airlines are our key clients. Flexibility and customization are that “luxury” that you could say clients pay for. Though, I personally believe that booking a plane online within few minutes and saving precious time instead of waiting in duty-free shops is not a luxury, it is rather a rational time-saving investment in either your business or family,” adds Vitalij.

So is the price really that high?

Considering the value-added services private jet flying contains, the price may not seem that high. If you count how much transportation of pet, special sports equipment or instruments, the amount and quality of food, which can be even equal to 3-star Michelin restaurant dinner, the leg-space you would pay for if fly on fist class commercial flight – is it really that much?

Total costs in case all additional services are needed shall not be tremendously higher, especially if full private aircraft’s capacity is used. So the next time you wonder why companies or families spend on private flights rather than commercial, know that it’s not only about the additional comfort or luxury, but in many cases about saving time and using money efficiently.