Female Pilots on The Rise 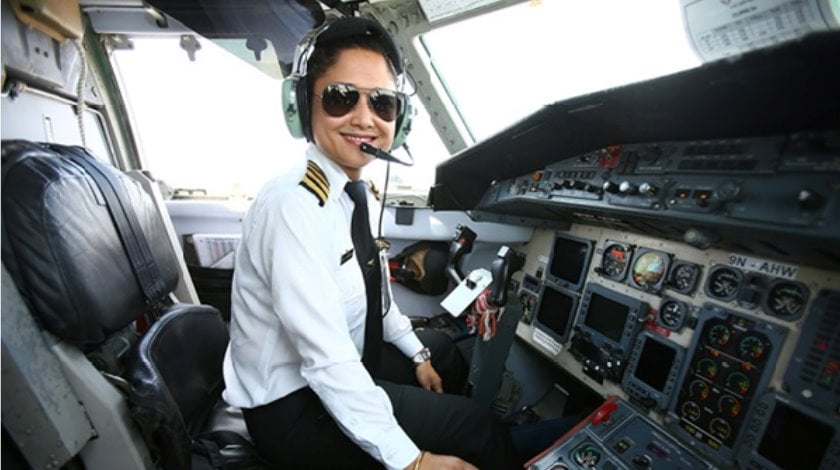 More and more women across Asia are sitting in the cockpits of commercial airliners as cultural barriers preventing them from becoming aviators are slowly dismantled. But the report explains that there are still some culture and perceptions surrounding women in the cockpit which keep women at bay.

Several Asian countries are boosting the numbers of female pilots to take on the widely perceived male-dominated airline industry.

In India, for instance, nearly 12% of all pilots are women, with almost 15% of all new pilot licenses going to women. In Thailand, 67 women are flying commercial airliners at the rank of fully fledged captain or first officer, up from the handful seen 10 years ago, according to figures compiled by the Bangkok Post. In Thailand, gender discrimination is not an issue for most airlines when recruiting pilots. “We look at their professional capabilities rather than gender, and no one says we cannot get them,” said Capt Yuthakarn Purintrapibal, manager for training and standards at Thai AirAsia, which has the largest number of female pilots with 25.

But female pilots remain a relatively rare breed in the skies, making up a mere 3% of commercial pilots worldwide – 4,000 compared with 130,000 men. The global figures are not far off from those in Thailand, where just 2% of all commercial airline pilots, who number more than 3,350, are women.

The perception of piloting as a male job remains at the heart of the female aviator shortage, Christopher Magdangal, general manager of Philippine flight academy Alpha Aviation Group, points out.