5 Luxurious Airports Prove to Be the Best in the World 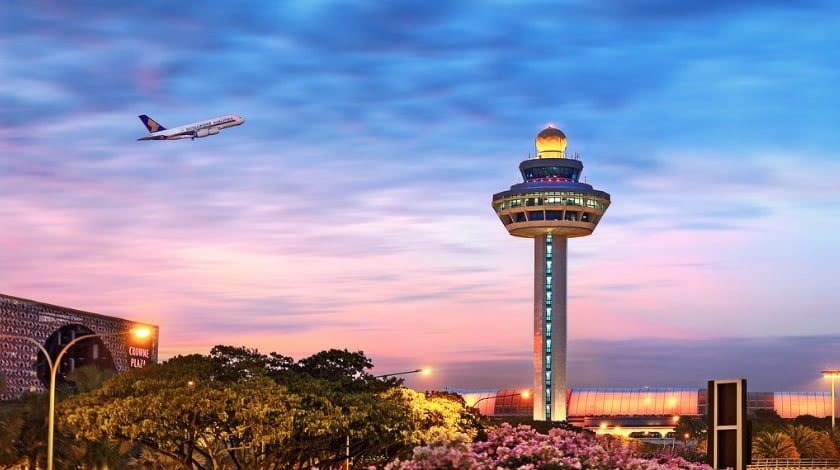 Air travel is no longer a luxury commodity – on the contrary, it proves to be as indispensable to everyday life as medicine or telecommunications.

Apart from occupying a pivotal role in the social development, aviation also brings enormous benefits to modern economies by unlocking their potential for more profitable trade and tourism.

Without a shadow of a doubt it might be stated that airports form a particularly important part of a country‘s transport infrastructure on which its economy, trade and business depend. Evidently, airports enable and ensure the efficient movement of people and goods across vast distances, consequently strengthening ties between communities, regions, and countries as well as encouraging economic growth.

Due to these principle reasons, countries actively invest in their airports to maintain necessary quality and attract as many tourists as possible. However, not every airport matches the highest standards of service and deserves to be called “best“. Therefore, in order to find out which airports are definitely worth visiting for an unforgettable travel experience, they constantly are under the watchful eye of the companies that annually do rankings based on a wide range of assessment items.

Thus, recently the Skytrax World Airport Awards, “Oscars of the aviation industry”, have released the results of its survey.

These Awards are the most prestigious accolades for world airports which are voted by customers in the largest, annual global airport customer satisfaction survey.

The 2017 Awards were based on 13.82 million airport survey questionnaires completed by 105 different nationalities of airline customers during the survey period. The survey operated from July 2016 to February 2017, covering 550 airports worldwide and evaluating traveller experiences across different airport service and product key performance indicators – from check-in, arrivals, transfers, shopping, security and immigration through to departure at the gate.

So, let‘s find out, which airports can be proud of their services and are worth visiting this year!

For the fifth consecutive year Singapore Changi Airport triumphed at the 2017 World Airport Awards and became the airport of the year.

Nowadays Singapore is an iconic stop on the world map for travellers who recognise Changi Airport for its unique and unrivalled airport experiences, which have become synonymous with global connectivity, clockwork efficiency and exceptional service offerings that are one-of-a-kind.

Nevertheless, the airport resists taking such recognition for granted and does not rest on its laurels.

On the contrary, Changi Airport continues to evolve ahead of the growing volume and increasingly sophisticated needs of passengers to set new standards for excellence with creative solutions and signature experiences that will redefine air travel for generations to come.

This year the airport expects to complete the construction of its Terminal 4 and in late 2020s the airport is determined to finish its Changi East project – new mega Terminal 5. Set to be one of the largest terminals in the world, Terminal 5 will be capable of handling 50 million passengers per year in its initial phase, bringing Changi Airport’s total capacity to 135 million passengers per year.

Also, there is a plan to increase the airport’s runway capacity. An existing third runway, currently used by the military, will be extended to handle larger passenger aircraft. Almost 40km of new taxiways will be built to connect the third runway with the current two runways operated by the airport.

This year Tokyo International Airport, commonly known as Haneda Airport, succeeded in moving up in the World‘s Best Airport ranking, an overall airports assessment, to the 2nd place from the last year‘s 4th place.

Apart from this high award, Haneda Airport was also named World’s Cleanest Airport for the second year in a row as well as domestic terminals were awarded first place in the World‘s Best Domestic Airport category for the fifth year in a row.

Currently Haneda Airport is passing through the important stage of its major development. For example, last year Tokyo‘s Haneda airport saw a record 80.1 million passengers. Therefore, one of the key factors behind the increase in the number of passengers was October’s launch of new routes connecting Tokyo and New York, departing during the day. Such flights had previously been limited to early mornings or midnight.

Also, Japan has set aggressive targets for attracting international tourist arrivals due to upcoming Olympic Games 2020 and, by boasting both domestic and international terminals, Tokyo International Airport Haneda will play a very important role in furthering Japan’s development as a tourism-oriented nation and in strengthening air transport hub functions in Japan by making the most of the nation’s domestic air transport network.

Consequently, placing the highest priority on airport’s customers, it will continue to provide facilities and services that offer exceptional convenience, comfort, and functionality, so that Haneda continues to be trusted and selected by customers.

The airport manages to attract a lot of tourists not only because of its exceptional services, but also because of its cultural value. It houses the Korean Culture Museum, Traditional Culture Experience Zone, Traditional Craft Gallery, and Arrival Hall Culture Street, providing domestic and international tourists with opportunities to appreciate the richness of Korean arts and culture.

However, the airport does not plan to stop surprising its customers. Incheon International Airport is expected to complete a major new terminal project this year, and is also preparing to start development work on a fourth runway and an airline maintenance complex.

One of the leading positions in the ranking was occupied by the Bavarian air traffic hub, Germany‘s second bigeest airport and the only five-star aiport in Europe – Munich Airport. What is more, at the 2017 World Airports Awards, Munich Airport‘s Terminal 2, jointly operated by the airport and Lufthansa, was honored as the as World‘s Number One Terminal. The outstanding results achieved by the Terminal 2 in the World Airports Awards are rooted in a number of areas.

Along with impressive scores in the passenger experience and overall comfort categories, the terminal achieved top ratings for the entertainment options and the quiet zones where guests can relax, read or work.

However, the Terminal 2 is not the only solution that will contribute to the further airport‘s growth. Currently its two-runway system has been already pushed to its limit. That is why the construction of the third runway, which would increase current capacity of a maximum of 90 aircraft, is being planned.

On May 17, 2017, Munich Airport, which provides services in every area of airport management, will celebrate 25 years of operations at its new location. However, as a comparatively young hub Munich Airport has a very rapid pace of development.

It has connections to destinations all over the world. With over 150 retail stores and some 50 places where passengers can eat and drink, it is like a city center, offering travellers and visitors plenty to see and do.

Therefore, it will only be able to maintain its position in the international aviation industry and its importance as an economic and location factor over the medium and long term if it manages to continue to grow in line with its customers’ requirements.

The main airport in Hong Kong, a former, multiple winner of the Airport of the Year title at the World Airport Awards, Hong Kong International Airport, was ranked the fifth best in the world.

This airport is a two-terminal and two-runway facility generating enormous social and economic value for Hong Kong. The 73,000-strong airport community serves as the key contributor to Hong Kong’s position as a leading international and regional aviation centre.

In 2016, HKIA handled 70.5 million passengers and 4.52 million tonnes of air cargo. Even though it is connected to about 190 destinations, including 39 in the Mainland, through around 1,100 daily flights by more than 100 airlines, airport needs additional space to serve its customers better.

Particularly this may be achieved through the three-runway system which will allow Hong Kong International Airport to handle future traffic demand as estimated by IATA Consulting, that is, 102 million passengers, 8.9 million tonnes of cargo and 607,000 aircraft movements per year by 2030.

In addition to its position in the ranking, Hong Kong International Airport was announced to be the winner of 2017 Award for “World‘s Best Airport Dining Experience“.

As it follows, air travel not only connects people but it connects economies to further develop the global economy. Definitely, the growing availability of affordable air travel has significantly contributed to aviation taking one of the leading roles in the modern world.