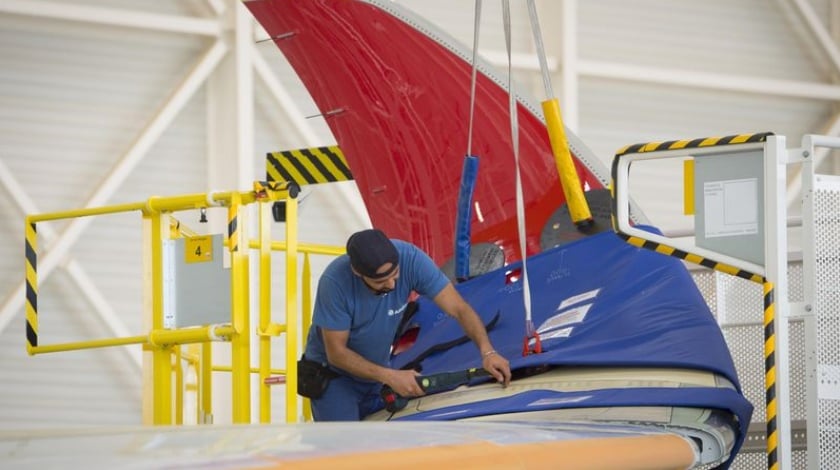 The wing-fuselage junction, the installation of the tailplane and also the tailcone have been completed.

The aircraft is in the next assembly station for structural completion such as the installation of winglets, ground testing of mechanical, electrical and avionics systems. Next steps will include in particular cabin completion, engine installation, painting and flight tests. This will lead to the delivery scheduled in Q4 2017, of the first A350-900 to Air Mauritius.

Air Mauritius will acquire a total of six A350-900 twin engine widebodies comprising four directly purchased from Airbus and two on lease from AerCap. At entry into service, the A350 XWB will be deployed on the carrier’s long-haul, mainly the Mauritius-Paris route.

Air Mauritius currently operates a fleet of 13 aircraft of which 10 Airbus aircraft including six A340-300, two A330-200 and two A319 on regional and long haul services.

The A350 XWB features the latest aerodynamic design, carbon fiber fuselage and wings, plus new fuel-efficient Rolls-Royce engines. Together, these latest technologies translate into unrivalled levels of operational efficiency, with a 25 per cent reduction in fuel burn and emissions, and significantly lower maintenance costs.

The spaciousness, quietness, beautiful interior and mood lighting in the cabin contribute to superior levels of comfort and well-being, setting new standards in terms of flight experience for all passengers.