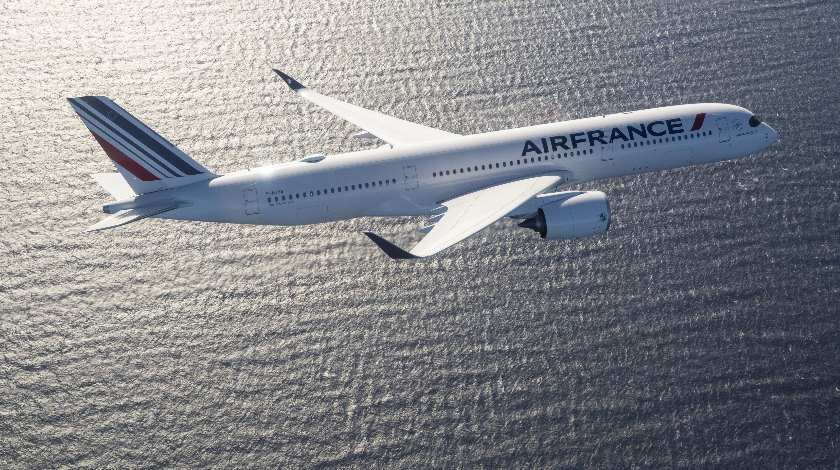 Air France, the flag carrier of  France, has finally received its first widebody Airbus A350 XWB. The first A350-900 out of 28 on the Airbus order list.

Configured in a three-class layout with 324 seats including 34 full-flat business, 24 premium economy and 266 economy class seats, the A350 will gradually start its operations by serving six routes. Scattered across the four continents these will be: Abidjan (Ivory Coast), Bamako (Mali), Toronto (Canada), Cairo (Egypt), Seoul (South Korea) and Bangkok (Thailand).

The latest asset to the company also marks the new phase in airline’s modernization process. It expects within five years to have over 50% of its fleet consisting of new-generation aircraft highly contributing to reduction of environmental footprint.

Air France emphasized that the Airbus A350-900 provides a 25% reduction in fuel burn and CO2 emissions. Notably, to show its strong commitment to the environment, the carrier has decided to partially power the Airbus A350 ferry flight between Toulouse and Paris-Charles de Gaulle with biofuel.

With the new aircraft, the airline has also decided to return its tradition of naming its aircraft. This one will be named “Toulouse” and not by the accident.

According to the carrier, “Toulouse is the birthplace of this new aircraft that is joining the company’s fleet. Moreover, Air France has been serving Toulouse since the company’s creation in 1933”.

Air France operates an Airbus fleet of 143 aircraft. It includes 114 single-aisle and 29 widebody planes. The airline recently opted to purchase Airbus’ newest aircraft family member, the A220, which will join the fleet over the next years.