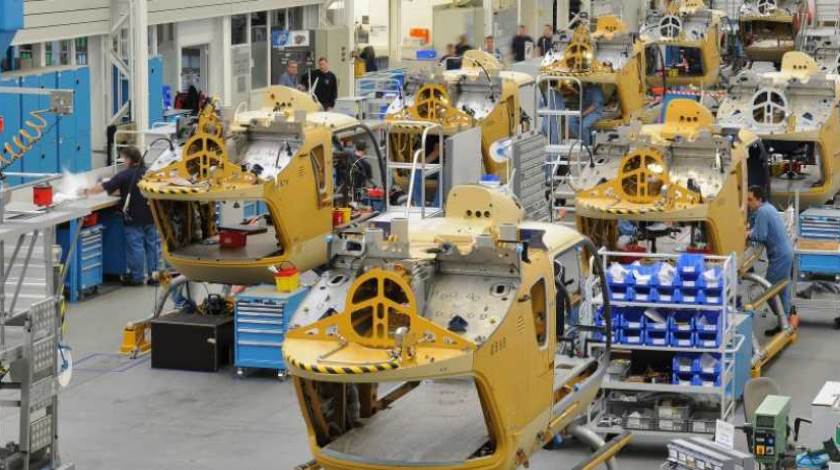 A Letter of Intent (LOI) for the establishment of a final assembly line (FAL) of Airbus Helicopters’ H135 in China was signed today by Yao Yixian, the Sino-German Ecopark Deputy General Manager and Wolfgang Schoder, Airbus Helicopters Deutschland CEO in Hefei, Anhui Province.

Chinese Premier Li Keqiang and the visiting German Chancellor Angela Merkel witnessed the signing ceremony. This LOI also includes a commitment by the Chinese party for 100 H135s to be assembled in the future FAL in China over the next 10 years.

Today´s agreement is a major step forward for Airbus Helicopters in China – a country which is becoming the world’s largest market for helicopters and in which the European rotorcraft manufacturer keeps increasing its footprint. An ecosystem will be developed with the Chinese partners – it will include the country’s first Airbus Helicopters final assembly line, a sales office for locally-assembled H135s to be distributed domestically, as well as maintenance, repair, overhaul and training capabilities to support the Chinese H135 fleet.

This powerful industrial hub will ensure a long-term presence for Airbus Helicopters in China.

“The signing of this LOI is another milestone in the long lasting cooperation between Airbus Helicopters and China which started 40 years ago,” said Norbert Ducrot, President of Airbus Helicopters China. “Airbus Helicopters is leading the Chinese helicopter market with a civil market share of 40% today. This collaboration is a significant development that will help us to further increase our market share, while providing proven and certified solutions to accompany the progressive opening of Chinese skies to helicopter operations.”

The H135 is one of the most popular light twin-engine helicopters in China currently, performing mainly helicopter emergency medical services (HEMS) and police missions. With the expected increase in civil and parapublic services demand for helicopters as China’s general aviation market continues to expand, the set up of the H135 FAL is a timely development.

Airbus Helicopters has delivered nearly 1,200 helicopters of the H135-family to customers around the globe, which have logged more than 3 million flight hours. One-quarter of this total fleet is deployed for HEMS duties. In addition to other Airbus Helicopters range operating air ambulance missions, the company leads the segment with 60% market share, which includes the top 10 HEMS operators around the world.