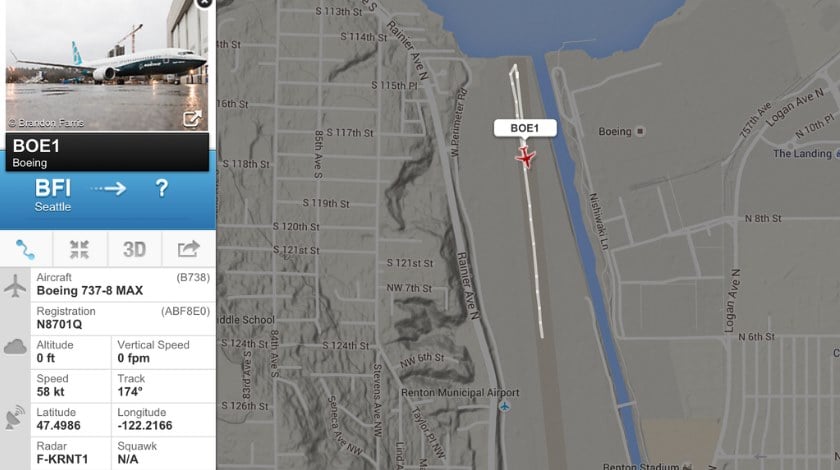 The webcast for the 737 MAX First Flight is currently scheduled for January 29 at 9:45 AM PST (1745 UTC/GMT), though the date and time is subject to change due to weather conditions and other factors.

The 737 MAX has received over 3,000 orders from more than 60 customers worldwide.  Although the Airbus A320neo has received more orders than the MAX program, the Boeing 737 overall is still the world’s best-selling commercial aircraft throughout history.

Boeing’s Board of Directors approved the 737 MAX program on August 30, 2011, and there are to be three variants of it: the 737 MAX 7, 737 MAX 8, and 737 MAX 9. The first 737 MAX 8 is expected to be delivered to its launch customer, Southwest Airlines, sometime during the third quarter of this year as long as all flight testing goes according to plan.

The 737 MAX production has been moving fairly quickly.  Boeing started building the first 737 MAX in June with final assembly occurring just a few months later. On December 8, the aircraft was rolled out.

Improvements to the MAX include the new CFM LEAP-1B engine. Boeing says the MAX will have an 8 percent lower operating cost than Airbus’ A320neo family, thanks to fuel efficiency and maintenance advantages. This April rumors surfaced that the LEAP-1B was suffering from an underwhelming fuel burn performance of 4-5% during testing. The new split winglets on the MAX will save 1.8% more fuel than the current blended winglets by Aviation Partners, in service since 2004.