First CS300 Deliveries to Russia Expected in May 2019 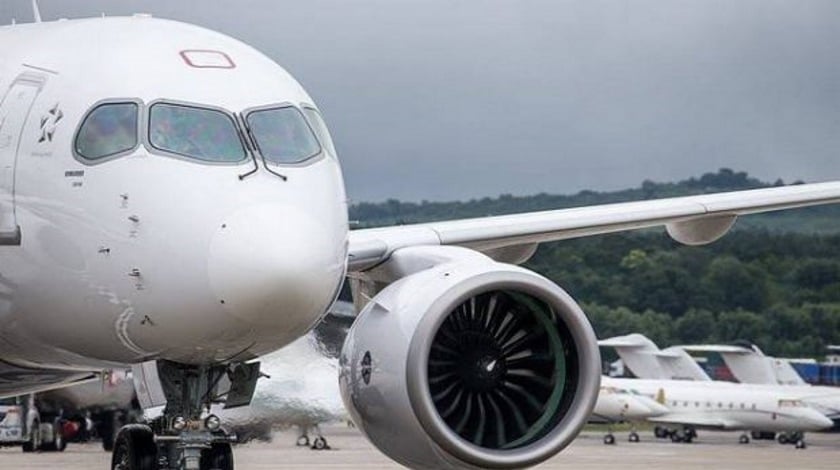 Russian airline Red Wings, which is due to be the launch operator of the new Bombardier CS300 jet in the region, is to start taking delivery of them in May 2019, the airline’s general director Evgeny Klyucharev has revealed to a media gathering.

The airline, owned by lessor Ilyushin Finance Co (IFC), first revealed its order for the operational leases of six Bombardier CS300 narrow-body aircraft in April this year. The aircraft, initially part of IFC’s portfolio, are to be ceded to Russian State Transport Leasing Company (GTLK), which will act as a lessor for the deal, it is believed.

The CS300s will be formally registered in the fleet of Moscow-based Red Wings, but will be shared in a joint network undertaking with partner airline Arkhangelsk-headquartered Nordavia. The two airlines formed an alliance in October 2017 and have since been developing synergies.

In an interview with Russian Aviation Insider’s sister publication ATO.ru, Klyucharev explained that line maintenance capabilities for the aircraft will be set up in Russia. Both airlines have joined forces and are prepared to fund the training of their MRO partners’ technical staff for the job.

As for heavy maintenance checks, the operator is considering the possibility of outsourcing this requirement to Lufthansa Technik. The logic behind the choice of the German technical engineering specialist is that Lufthansa Group’s subsidiary Swiss International Air Lines is the global launch customer and largest operator of the Bombardier CSeries. Nevertheless, the first heavy maintenance checks are not due to occur until two years after the aircraft’s entry into the Russian airline’s service.

With Red Wings’ IFC owner being 48 per cent-owned by state-run United Aircraft Corporation (UAC) – a consortium of Russian aircraft manufacturing companies and other assets engaged in the manufacture, design and sale of aircraft – the airline has no option but to operate Russian-built aircraft too.

The Tupolev Tu-204, its original core type, of which only four are currently operational, will eventually be replaced by Russia’s new-generation MC-21 narrow-body. Red Wings is a launch customer for the type and has 16 of them on order, which are scheduled for delivery between late 2019 and the end of 2020, Klyucharev says.

Meanwhile, the airline, which celebrates its 10th anniversary this year, is preparing a change to its corporate brand style. “In the years that have passed, and particularly the last two, we have gone through a lot of change and these transformations are worthy of a new face,” the top executive comments.

In 2018, Red Wings projects that its traffic will reach some 2.9 million passengers and generate more than 1.5 billion rubles of profits. By the end of the first four months the airline had become Russia’s fastest growing airline, having enjoyed a 209 per cent year-on-year rise in traffic. This remarkable improvement was achieved through adding Airbus aircraft to its fleet, the carrier explains.