First Flight of Boeing 727: History of Risks and Benefits 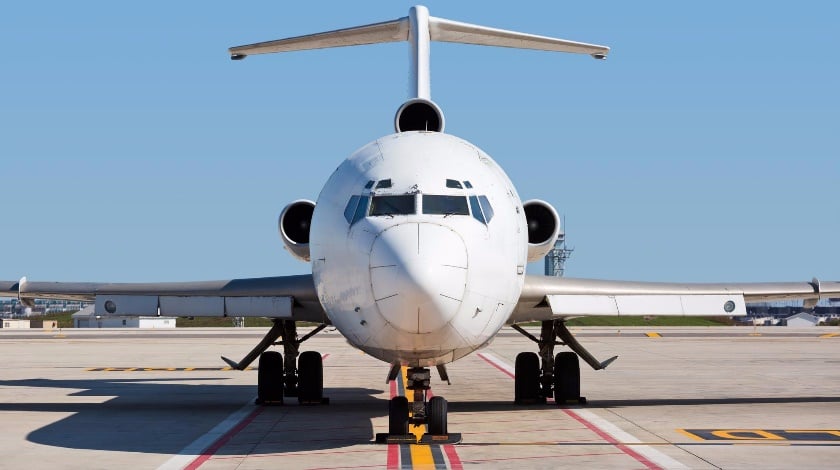 On this day, on 9 February in 1963, the second successful Boeing’s commercial passenger jet – Boeing 727 – took off for its maiden flight into history.

Originally, Boeing was set to produce only 250 planes of the type with the most distinctive appearance. Why distinctive? Because of its rakish T-shaped tail and its trio of rear-mounted engines.

Nevertheless, over the course of its longer-than-expected history, the new jet proved to be in such a demand that up to production halt in 1984, the US planemaker built a total of 1,832 Boeing 727s.

The first 727-100 entered commercial service with Eastern Air Lines in February 1964, meanwhile, in the middle of January, 2019, the final scheduled passenger flight operated by Iran Aseman Airline brought the era of the passenger 727s to an end.

Currently, this type is used only as a freighter and an executive jet.

Launch of 727: When Risks Outweighed Success

In the early 60s of the 20th century Boeing was extremely busy with the production and sales of its medium-/long-range 707 model, which was going the bumpy road at that time.

At the same time such US companies as Lockheed and Convair were already competing in the segment of very different aircraft – short-/medium-range.

Such planes from the oversees as as the de Havilland Trident, Sud Aviation Caravelle and British Aircraft Corp. BAC 1-11 were also the part of this competition.

Meanwhile, the Boeing 707 was a large passenger plane designed for the airports with longer runways. Correspondingly, Boeing did not have its own alternative to offer.  This, in turn, meant that the company was missing a good bite of a promising market.

“Boeing was still recovering from just the tremendous amount of financial challenges that the 707 had created for the company. There was a lot to recuperate. And starting the jet program was seen by a lot of people in the Boeing company as an impossible thing to do,” says Boeing Corporate Historian, Mike Lombardi.

Nevertheless, even with its struggling 707 model, Boeing believed that it is capable of taking its own advantages in this battle. Although many at Boeing voted against the brand new program, the company finally arrived at a very risky decision.

Thus, on 5 December, 1960, the three engine 727 was announced. At that moment 80 aircraft-to-be were on order from the launch customers Eastern Air Lines and United Airlines (40 planes for each).

Boeing 727: Most Distinctive of All Boeing Jets?

Apart from the intensifying competition that Boeing was eager to enter, the airframer also met challenges in terms of conflicting demands from customers: some wanted four engines, another wanted a twin, still others were satisfied with prop planes.

However, Boeing managed to solve the problem and satisfy its future customers with a very distinctive design feature – a rakish T-shaped tail and its trio of rear-mounted engines. 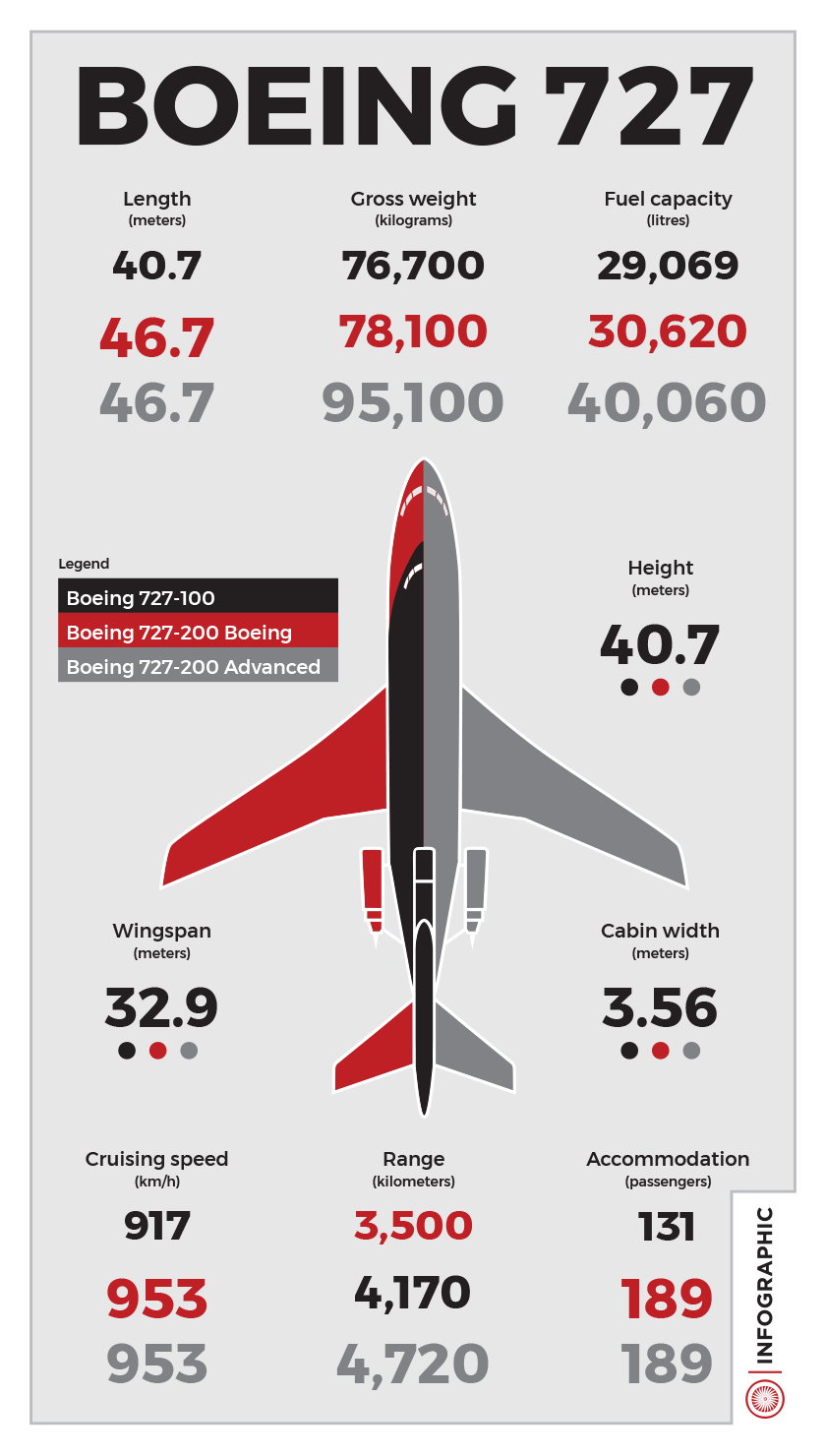 During 55 years of commercial service, the Boeing 727 faced a number of problems, however, the rewards were rich and well-deserved.

The type which carried billions of passengers was the first commercial aircraft to break the 1,000-sales mark.

Although the beginning was rather difficult and required additional measures to boost sales. One of such impressive and effective moves was a tour of Boeing 727 to 26 countries conquering a distance of 122,310 km (76,000 miles).

Before the 737 entered the game, the 727 was the most successful Boeing commercial jet in history.

The production of the Boeing 727 commercial passenger jets was ceased in 1984. The last passenger service landed in 2019. However, the history of the passenger 727 plane is not over yet.

The iconic, the prototype built in 1962, the plane that went though all the rigorous tests, the very very first 727-100 delivered to United Airlines in 1963 could be found at the Museum of Flight in Seattle today.

The airline retired this plane and donated to the museum back in 1991, after over two decades of successful service.

Therefore, it took 25 years to restore the special aircraft for exhibition, as the very first 727 made its very last 10-minute flight in 2016.