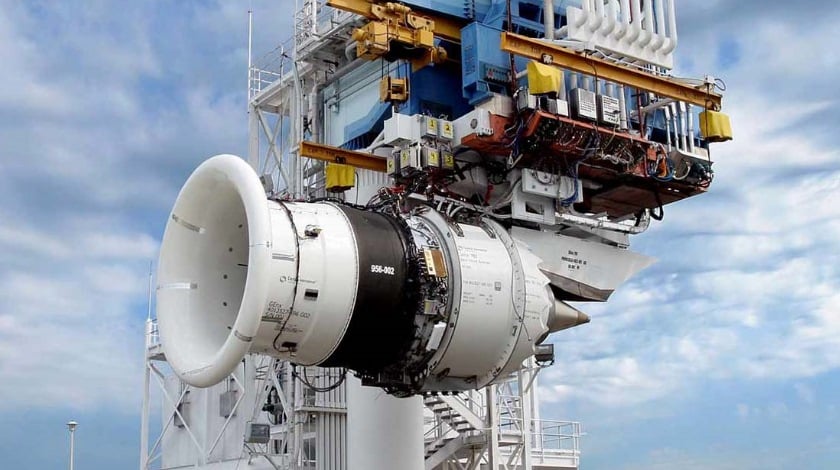 GE Aviation celebrated in Muskegon the grand opening of its $14.5 million Brilliant Factory – an investment that will stimulate economic growth in the region and where GE is using data and analytics to run its plants more efficiently.

“The new facility in Muskegon is the first of several GE Brilliant Factories being built throughout the world where machine downtime has been reduced to less than 1%,” said John Bowman.

The new 35,000-square-foot facility will manufacture parts for the GE90 engine and will perform development work for new programs as needed.

The GE90 on the Boeing 777 is the world’s most powerful jet engine with about 2,500 engines in service and more than 67 million flight hours.

“GE’s brilliant factories combine the newest technologies, from advanced analytics to 3D printing to collaborative robots that work side-by-side with people,” added Bowman. “The facility represents an investment in advanced manufacturing — our workforce is constantly adapting and updating their skills for the jobs of tomorrow.”

“We are proud of our association with GE Aviation and the GE Aviation-Muskegon team,” said Jen Nelson, executive vice president, Michigan Economic Development Corporation. “We are also quite proud of helping to foster an environment that supports growth in the aerospace field, putting us among the most attractive and competitive aerospace manufacturing states in the nation.”

“GE Aviation’s significant investment and job-creation commitment are encouraging signs of the future economic success of Muskegon and the state of Michigan.”

GE has already hired nearly 90 new employees toward a goal of 100 at this advanced manufacturing facility, bringing the total to almost 800 employees across the three buildings.

Bowman continued, “Muskegon is leading the way for GE’s transformation in the way we use big data to run our plants more efficiently and effectively.” The idea behind the Brilliant Factory is to link design, engineering, manufacturing, supply chain, distribution and services into one intelligent system.

The system collects and analyzes data from all these disciplines to make factories smarter, combining things like sensor enablement, digital design, and factory and supply chain optimization to improve quality, throughput and yield.

By equipping machines with sensors and analyzing the data in real time, GE can determine when a machine might break well before it fails. Sensor-enabled manufacturing lines feed data to GE’s cloud-based Predix platform. This has helped reduce unplanned downtime on the shop floor by up to 20 percent and has improved overall product reliability and cost.

In addition to advanced processes and tools, there is also a digital thread running through the factory, both horizontally across the company and vertically throughout the value chain, which provides an integrated view of a product throughout the manufacturing lifecycle.

GE announced plans to expand in Muskegon in 2016. The Michigan Economic Development Corporation encouraged this expansion by providing a grant to GE for $800,000. The City of Norton Shores also provided a 50% property tax abatement to GE for a 12-year period.