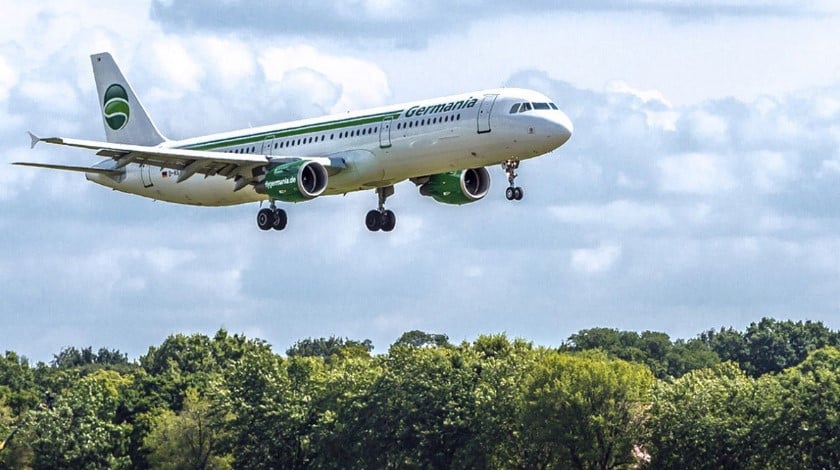 Germania, an independent German airline based in Berlin, has filed for insolvency and cancelled all its flights. In the end of January, 2019, the airline announced about successful negotiations on financing issues, however, did not come up with a workable solution.

“Unfortunately, we were ultimately unable to bring our financing efforts to cover a short-term liquidity need to a positive conclusion”, said the statement released by the airline.

The airline which carried more than 4 million passengers per year on short-haul and medium-haul flights and served over 60 destinations got into financial trouble mainly after increases in fuel prices in summer 2018 and the “simultaneous weakening of the euro against the US dollar”.

Also the airline blames “considerable delays in phasing aircraft into the fleet and an unusually high number of maintenance events that the airline’s aircraft required were major burdens for the company”.

Even More Bankruptcies in 2019?

The cases of airlines filing for bankruptcy are becoming more and more frequent and, according to aviation experts, the pace of such situation is not going to slow down. For example, Avia Solutions Group believes that 2019 is gearing up to be a year of contrasts.

Even more airlines are believed to encounter problems and cease its operations. These would be the companies which “cannot adapt to modern competition and greater regulations aimed at protecting passengers and holding airlines accountable for poor service”.

As the price of a barrel of oil has shot back up from $40 in 2016 to now reaching past $100, the airlines that were barely holding on to a thin profit margin are not in a good position to stay financially stable. While many have been barely holding on for the past couple years, 2019 may be the year many decide to stop holding on.