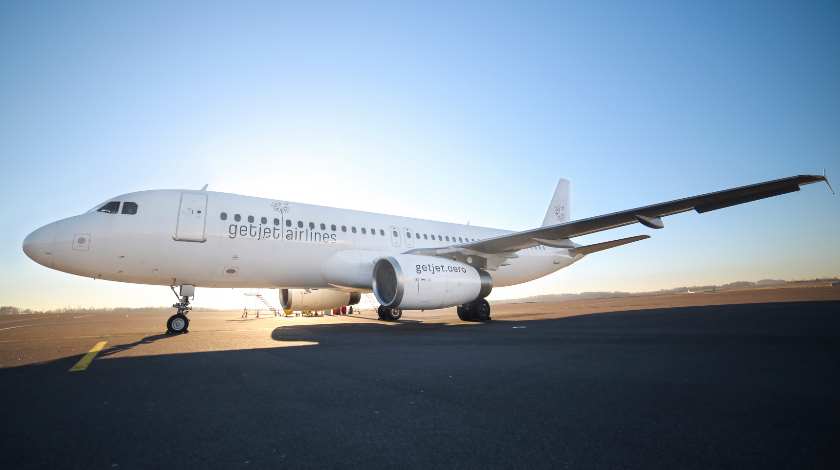 GetJet Airlines, an ACMI and charter airline company, based in Lithuania, announces the unveiling of its new logo. This coincides with its journey to full rebranding, including the launch of its new aircraft livery, inflight menu and online check-in system, and the expansion of its fleet.

The logo features a dandelion flower, a symbol of growth and elegance, as CEO Darius Viltrakis explained: “As we know, when the dandelion is in bloom, its seeds take flight to germinate and grow. Using a dandelion seed to symbolise a plane evokes a very special message for us here at GetJet Airlines.

Like the dandelion, the more we fly, the more we grow. And we are growing. The logo also portrays the spirit of aviation — light, elegant, soft and always in motion. Flying is not just about getting from A to B, it’s also about the beautiful experience of the journey itself.”

GetJet Airlines has witnessed significant growth. Starting out with a fleet of three aircraft, the company plans to end this year with a fleet of fifteen. The recent addition of an Airbus A330-300 to the fleet — the first of its kind in the Baltics — signifies a new shift in the company’s strategic development. The Airbus A330 will enable GetJet Airlines to operate transatlantic flights. “This feels like a natural next step for our ambitious company,” said Viltrakis.

GetJet Airlines has also signed a lease agreement with GECAS for three A320-200s, which will be delivered this spring, allowing the company to provide ACMI and long-term wet lease solutions with both wide-body and narrow-body aircraft (B737s, A320s and an A330).

“The recent addition of these aircraft is an important step in our strategy to fill the gaps in the market and to swiftly adjust to the current context of the rapidly changing aviation industry,” said Viltrakis.

In late 2018, GetJet Airlines signed long-term contracts with the region’s largest tour operators and with legacy airlines in Europe, placing the company in an increasingly prominent position in the aviation market.