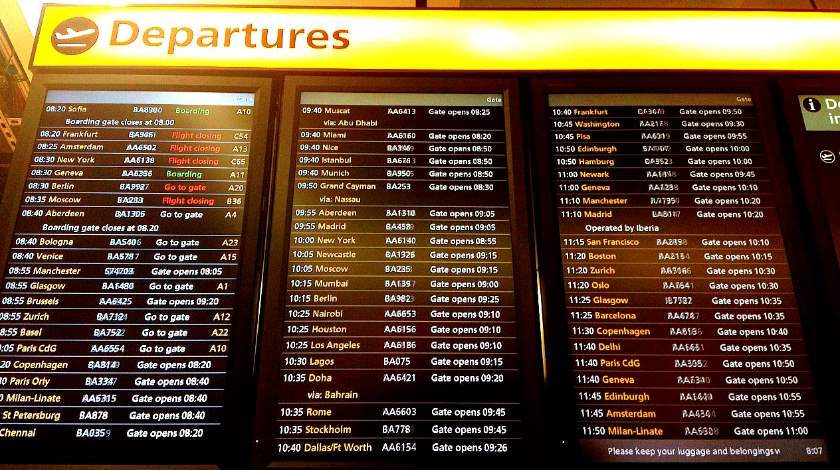 Hawaiian Airlines ranked the highest among global airlines in November 2015 with an on-time performance of 98.39%, followed by airBaltic (98.22%) and Finnair (97.85%), according to the Global Airline On-time Arrival Performance Report for November 2015 released on December 4 by CARNOC database CADAS (Civil Aviation Data Analysis).

This report reflects the on-time arrival performance of 114 major airlines worldwide for the period from November 1-30, 2015, which was summarized on the basis of VariFlight’s vast and timely flight status data.

Here are the CADAS’ rankings of the leading airlines and their on-time performance for November 2015. On time is defined within 30 minutes of scheduled arrival time.

Juneyao Airlines was ranked the 18th place among Asia-Pacific’s Top 20 airlines with an on-time arrival performance of 93.13%, the only carrier from the Chinese mainland and the first privately-held carrier to make the Top 20 list in November. Moreover, the carrier had an average delay time of 79 minutes, better than the global average delay time of 95 minutes. The growth of Chinese mainland airlines’ on-time performance slowed down in November, following a continuous rise in the previous months.

Here is the on-time performance of Chinese mainland airlines: Sample Size: Sample size data is a count of the number of an airline’s flights for which VariFlight was able to capture actual departure, arrival or cancellation data.
On-time & Delay Calculations: The calculation of an airline’s on-time arrival and delayed flight percentages include only those flights that were completed and for which VariFlight was able to collect final status. Cancelled flights are not included in the delay calculations by subtracting the number of cancellations from Sample Size before calculating on-time percentage.
Cancellation: The number of cancelled flights is divided by the Sample Size.