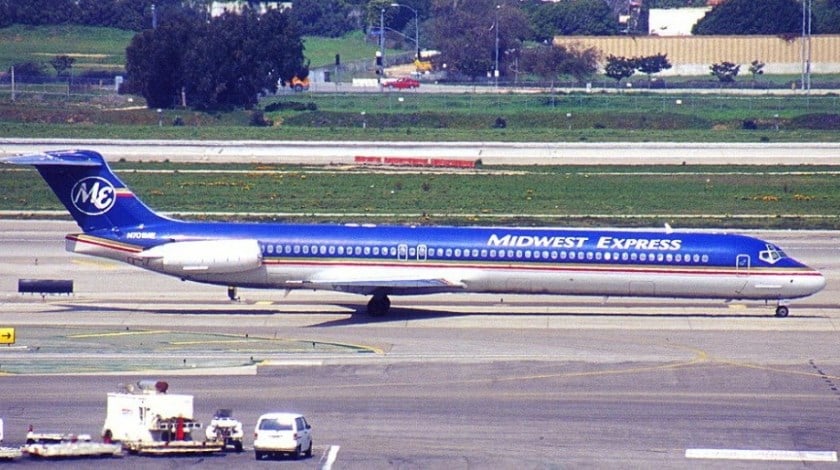 A group of business and airline professionals are spearheading an effort to bring back Midwest Express Airlines, which was based in Oak Creek and had its main hub at Mitchell International Airport in Milwaukee.

The group has launched a website announcing plans to bring back the airline, which enjoyed a loyal following, especially among Milwaukee area business travelers, thanks in part to its spacious seats and chocolate chip cookies. The airline provided direct service from Milwaukee to numerous destinations around the U.S.

“With fewer flights out of Milwaukee’s Mitchell International Airport (MKE), and even fewer non-stop destinations, travel has become more of a hassle,” the website says. “Add long connections, service fees and crowded planes, it’s just not fun anymore. Many other mid-size airports face the same problem, too. That’s why we’re working hard to bring back Midwest Express.”

Curt Drumm, president of Lakeshore Aviation at Manitowoc County Airport, is involved in the effort, which he said is being led by a group of “experienced business and airline professionals.” Drumm said the group has been working on these plans for about a year. He said more details will be released in the coming weeks.

“The response we’ve gotten has been incredible in the last 24 hours,” Drumm said. “We’ve been talking with business leaders and private travelers — and back in the day, I was one of those people in the back of the plane who loved traveling Midwest, and had the same passion that the people are expressing online.”

“That’s what we’re trying to recreate — service that’s great for Wisconsin, for the Midwest, and the level of service that people loved and had before. With chocolate chip cookies, of course.”

The website implores interested investors to contact the group through its website. “The major emphasis right now is on investors and we’re trying to finalize that,” Drumm said. Tim Hoeksema, former CEO of Midwest Express, said that former Midwest employees are involved in the effort, but he is not.

The news about the possible revival of Midwest Express comes as traffic has been increasing at Mitchell International and several airlines have added new service at the airport.

Passenger traffic at Mitchell International Airport in Milwaukee was up 3.2 percent in June, compared to June of 2016, according to the latest airport data. Passenger traffic at the airport peaked at more than 9.8 million passengers in 2010 and fell to 6.5 million in 2013, a 33.7 percent decrease. About 6.8 million passengers traveled through Milwaukee’s airport in 2016, up 3.2 percent from 2015.