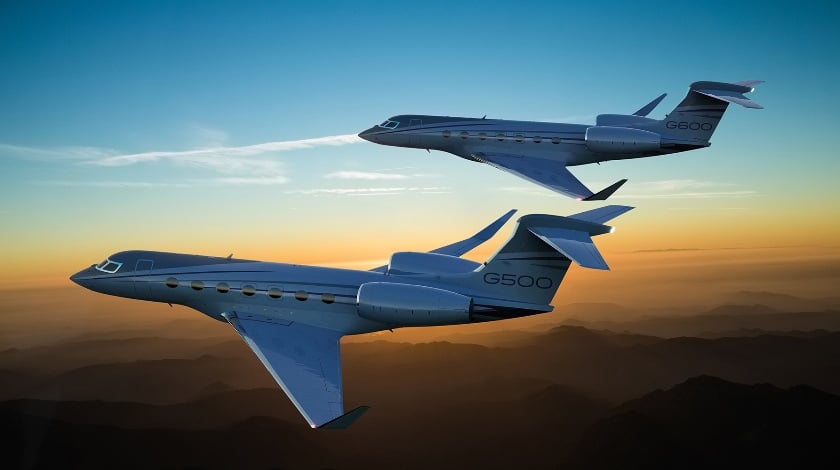 During rigorous flight testing, the all-new aircraft have exceeded expectations, regularly demonstrating capabilities beyond the company’s initial projections. As a result, Gulfstream is announcing new performance standards for both aircraft.

“As we methodically moved through our concurrent flight-test programs, which are going exceptionally well, we recognized we had both the time and ability to enhance G500 and G600 performance and give our customers a business-jet family that’s better than the one we had promised them,” said Mark Burns, president, Gulfstream. “Extracting more capabilities from our aircraft has become a Gulfstream hallmark, the result of creating and maintaining a culture committed to continuous improvement, listening to our customers and exceeding our promises.”

To demonstrate its increased range, a fully outfitted G500 set a potential city-pair record between London and Las Vegas, flying 4,690 nm/8,686 km at an average speed of Mach 0.88 with a 32-knot headwind. Now in Las Vegas, both the G500 and G600 — with fully outfitted interiors — will be part of the Gulfstream static display at the NBAA Business Aviation Convention & Exhibition at Henderson Executive Airport. The city-pair record is pending confirmation with the National Aeronautic Association.

Even with these performance enhancements, the G500 customer delivery schedule remains the same, with deliveries set for 2018, as originally promised. G500 certification includes additional testing required for this enhanced performance and is anticipated in early 2018. The G600’s anticipated certification and service entry are slated for 2018.