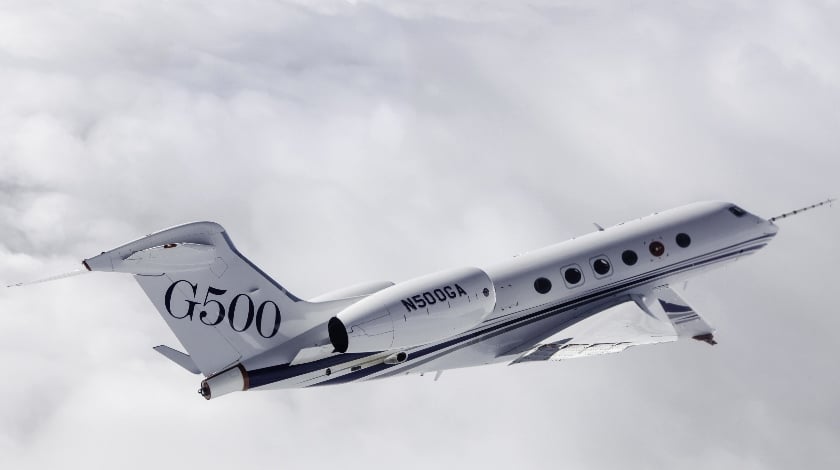 “The G500 has accomplished a great deal since we launched the flight-test program in May 2015,” said Dan Nale, senior vice president, Programs, Engineering and Test, Gulfstream. “With three aircraft in flight, the program has surpassed 430 flight-test hours over more than 105 flights. This latest accomplishment, as well as the outstanding performance and reliability of all three flight-test aircraft, highlights the tremendous progress being made. The flight-test team has started the new year off with great success.”

“The successful completion of climatic chamber testing assures us that the aircraft will be prepared to meet the Federal Aviation Administration’s rigorous certification process and extreme real-world conditions our customers will experience when they fly the G500,” Nale said.

Since T1 took its first flight on May 18, 2015, the aircraft has surpassed more than 320 flight hours. It has reached a maximum speed of Mach 0.999 and a maximum altitude of 53,000 feet/16,154 meters. T1’s longest flight to date lasted more than five hours. Additional test activities are continuing on track, including envelope expansion, air data system testing, aero performance, brakes and field performance, handling qualities and flight controls.

The second and third G500 flight-test aircraft, T2 and T3, both took their first flights on Nov. 20, 2015. In addition to the climatic chamber testing, T2 is focusing on flight loads validation, along with aircraft performance and systems testing.

In addition to the three aircraft currently flying, the G500 flight-test program will include two more aircraft. T4 has been inducted into the Flight Test facility and is in the final stages of flight preparation. P1 is a fully outfitted production aircraft that will test the interior elements as well as complete integration of the aircraft systems with the passenger experience.

The G500 is part of Gulfstream’s new family of clean-sheet aircraft, the G500 and G600. Gulfstream has conducted more than 43,000 hours of testing for both aircraft in Gulfstream’s state-of-the-art lab facilities.

The G500 and G600 cabins maximize passenger comfort and aircraft performance and can carry up to 19 passengers. The optimized wide cabin also features an industry-leading cabin altitude of 4,850 ft/1,478 m at FL510 and 100 percent fresh air that boosts mental alertness and productivity while reducing fatigue.

The G500 is expected to receive type certification from the U.S. Federal Aviation Administration and European Aviation Safety Agency in 2017. It is scheduled to enter service in 2018, with the G600 following in 2019.