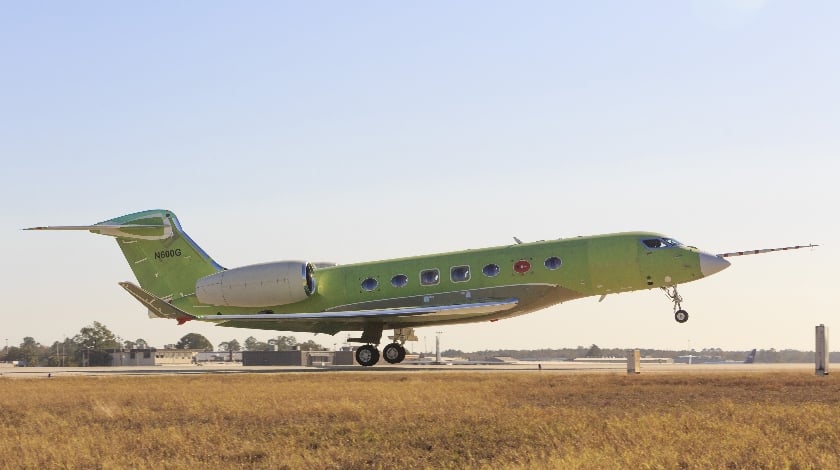 Gulfstream Aerospace Corp. announced the Gulfstream G600 has completed its first flight, officially kicking off the aircraft’s flight-test program. Two additional G600 test aircraft have been inducted into the flight-test center in anticipation of their flights early next year.

“Launching the G600’s flight-test program is a milestone for us and our customers, who have guided the vision for this aircraft from the beginning,” said Mark Burns, president, Gulfstream. “We look forward to delivering this aircraft to them in 2018. Today’s flight, which went flawlessly, represents a significant step forward in the journey to certification and delivery.”

“This flight went exactly as anticipated, thanks in large part to the investments we have made in our ground-based laboratories,” Burns said. “This flight is the perfect way to wrap up 2016 and set the tone for a successful 2017.”

The G600 has been designed with input from customers to ensure an unparalleled passenger experience. It has the longest cabin in its class, satellite communications and high-speed internet and can accommodate up to four living areas to create distinct yet flexible spaces for work, entertainment, dining and rest. Fourteen panoramic windows ̶ the largest in the industry ̶ a low cabin altitude and 100 percent fresh air contribute to the superior cabin environment, helping passengers feel refreshed and rested upon arrival.