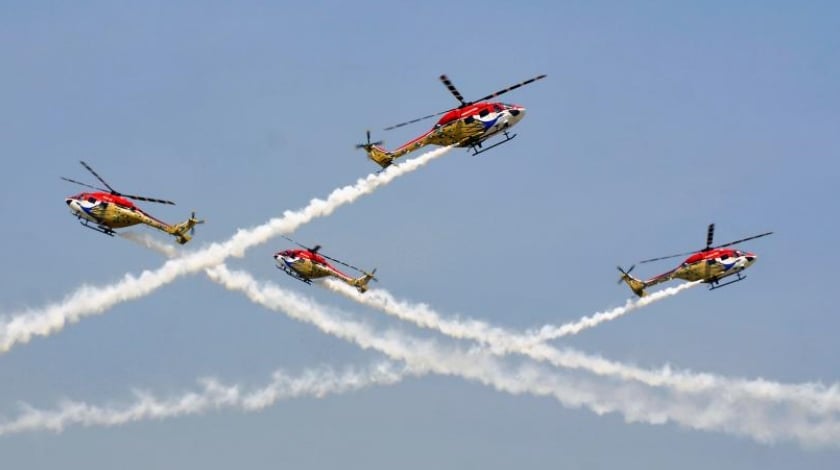 The helicopter industry is having a torrid time with sales and deliveries down, mainly because of the low oil price stifling demand from the energy sector.  There has also been a spate of crashes, with three major manufacturers all affected.

But, despite the issues, helicopter original equipment manufacturers (OEMs) are all pushing ahead with new products, determined to be in good shape for when the upturn comes.

The latest figures released by the General Aviation Manufacturers Association (GAMA) showed a 16% drop in shipments over the first six months of this year compared with 2015. Worse, the value of those shipments is down 32%, from $2.1 billion to $1.4 billion.

Let’s get the bad news over quickly. The most recent crash was a devastating blow for Bell Helicopter, when its 525 Relentless flight-test aircraft crashed in late June, killing the two test pilots. Bell has suspended further flight-testing for now but remains committed to the highly innovative 20-seat 525. The crash appears to have been caused by a technical issue, according to the US accident investigators.

Leonardo, the new name for Finmeccanica, is back on track with flight tests of its AgustaWestland AW609, the first civilian tiltrotor aircraft, at its site in Philadelphia, USA.

“The involvement of the Philadelphia site in the AW609 programme represents the anticipated progression towards assembly and certification with the Federal Aviation Administration (FAA) as the certification authority,” said Leonardo. “Facilities in Italy, the UK and Poland continue to play critical production roles.”

The AW609 project was derailed in 2015 when a flight-test prototype crashed at high speed in Italy, killing both test pilots and putting an immediate stop to all test flying. The interim report from Italian investigators suggested poor understanding of the AW609’s high-speed handling and flawed logic in the flight controls.

Leonardo admits the flight-test hiatus has put back type certification of the AW609 to at least 2018. That’s a blow for the operators, who have signed 60 orders for the AW609. They include the Joint Aviation Command (JAC) of the United Arab Emirates, which became the launch customer for the search and rescue (SAR) version in early 2016 when it ordered three AW609s, with another three aircraft as options.

The third crash may well have lasting implications for the H225 Super Puma heavy twin from Airbus Helicopters.

On April 29 this year, an H225 operated by CHC, crashed in Turoy, Norway, killing 13 people on board. The European Aviation Safety Agency (EASA) grounded the H225 (formerly EC225) and AS332 L2 Super Puma helicopters, further damaging their reputation following two ditchings in the UK’s North Sea.

CHC has said it will not operate the type again and, with at least 80% of the world’s Super Puma fleet grounded, other operators may follow. Gearbox problems are at the heart of the issue.

That said, Kuwait recently announced a huge order for 30 of the military version, the H225 Caracal, for a wide variety of missions, such as combat search-and-rescue, naval operations, medical evacuation and military transportation.

Guillaume Faury, CEO of Airbus Helicopters, said: “I would like to personally thank the Kuwait Air Force, which placed its trust in our products to renew its helicopter fleet.”

That’s the first of the good news. Airbus Helicopters is also busy revitalising its fleet. Its newest helicopters, the H145 and H175, both entered in service in 2014 and are now available in several configurations.

The H160 light twin, the first clean sheet design since Eurocopter rebranded as Airbus Helicopters, is also making good progress. In July, the European manufacturer confirmed the aeromechanical design had been validated and frozen.

“Thanks to more than 200 hours accumulated in flight-testing, we have been able to confirm several key design assumptions and even exceed some of them,” said Bernard Fujarski, vice president in charge of the H160.

“Vibration levels have been a key objective since the launch of programme, and observed results give us confidence that the H160 will set new comfort standards for all missions segments, from medevac to passenger transport or private and business aviation,” continued Fujarski.

The H160 flight-tests concentrated on hot weather trials over last summer, followed by continued performance testing of the Turbomeca Arrano engines. Cold weather testing is about to begin and a third prototype will join the flight-test programme next year. The 12-seat H160’s entry into service is planned for 2018.

One of the first operators will be Abu Dhabi’s Falcon Aviation, which has ordered a VIP version. “The H160 is a natural choice as it embodies our company’s standards of high quality, safety and innovation,” said Falcon COO, Captain Raman Oberoi.

For Bell Helicopter, the loss of its test 525 Relentless is a huge blow. The 525 is the biggest of Bell’s current range and the plan was to have it certified in 2017 with first deliveries soon after. That’s now on indefinite hold.

“We’ve suspended flight-test activities on the [Bell 525] programme until we determine the cause of the accident,” said Textron chief executive Scott Donnelly. “We remain committed to the 525 programme and will work to ensure the aircraft will be a safe, reliable and high-performance helicopter.”

Meanwhile, Bell is continuing to focus on the 429 light twin, the 407GX ‘workhorse’ and the all-new 505 JetRanger X light single, which was awarded its type certification earlier this month.

Bell recently announced it was moving the JetRanger X to its Quebec, Canada site as it ramps up production to meet orders for more than 380 aircraft worldwide. The 505 JetRanger X is a replacement for the much-loved original JetRanger, with sales appeal across training, tourism, law enforcement, surveillance and private sectors.

Turkey has been a successful country for Bell and the US company has won a 50% market share over the past five years. No fewer than 26 Bell 429s are in operation in Turkey and Bell recently announced an operational availability rate of 95% with Turkey’s police and forest services.

“I am proud that the Turkish National Police have achieved such excellence. They are superior aviators, and the Bell 429 is a fantastic helicopter,” said Clay Bridges, regional manager for Bell in Turkey.

The 429 was originally developed for medevac services, with a large flat-floor cabin, clamshell rear doors, and single pilot instrument flight rules (IFR) capability. Then police air services realised it suited them and Bell has now delivered law enforcement versions to Sweden, Slovakia and New York City, as well as Turkey.

The 429 has a fully integrated glass cockpit, can seat seven passengers plus one pilot, and there is now a VIP version with the Mecaer MAGnificent luxury interior.

Sikorsky has been going through a “getting to know you” stage with new owner, Lockheed Martin, but is now about to open a regional office in Abu Dhabi, with a view to expanding sales and support.

The American helicopter maker already has a partnership with Mubadala in the UAE, and around 400 helicopters in the region. “Modernisation [of existing fleets] is going to drive that number in the region,” said Anand Stanley, Sikorsky’s vice-president for the Middle East, Turkey and Africa.

A second phase of validations and expanded performance envelope was recently certified for the S-76D. These include the ‘silencer’ wall panel system for the eight-passenger deluxe VIP/executive interior, and air conditioning.