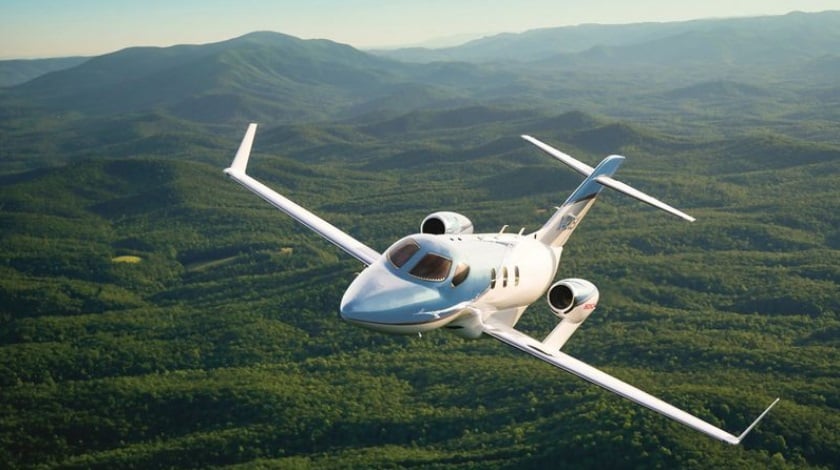 HondaJet has revealed a new upgraded HondaJet Elite model which made its global show debut appearance at EBACE in Geneva.

The first of the Elite variants will be delivered in August with a 17% range increase, a shorter take-off roll and several avionics improvements, Fujino said.

“The HondaJet Elite takes passengers farther, faster, higher and in greater comfort than any other business jet in its class,” Fujino says.

The $5.2 million Elite is fitted with an auxiliary fuel tank that increases range by 231nm to 1,437nm. The North Carolina-based manufacturer also tweaked the design of the aircraft’s elevator, increasing its authority to reduce the HondaJet Elite’s takeoff roll by 400 feet.

The HondaJet Elite also brings new upgrades for the cabin. Fujino talked proudly of a speakerless sound system – a first for business aviation – as well as a new noise-attenuating engine inlet which was added to reduce vibration and improve the sound levels inside the four-seat cabin. The light jet also features a full-service galley and a belted lavatory which can double as a fifth passenger seat.

Up front, the Garmin G3000 avionics suite has also been given an upgrade to include automated stability and angle of attack protection, as well as computed take-off distance.