HondaJet Is A Game-Changer For The Business Aviation Market 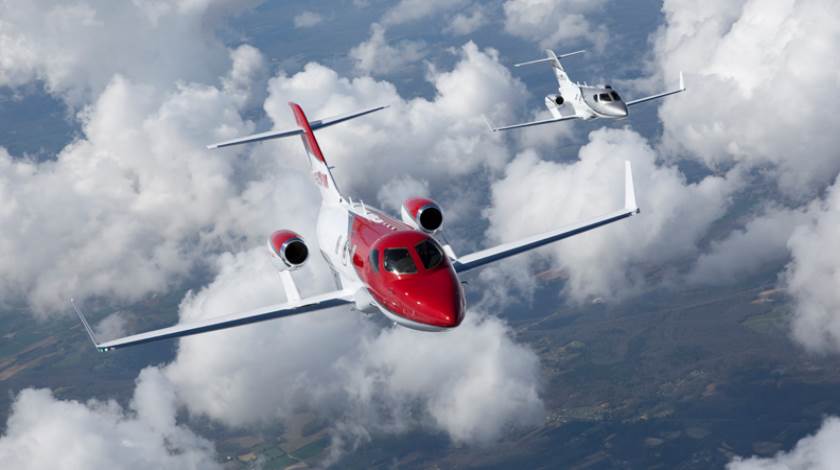 Even as the new HondaJet HA-420 was going through its paces for certification, the industry knew it would be a game changer.

“It is the high performance sports car in the sky,” said AirInsight Partner Ernest Arvai, after the aircraft was granted Part 23 certification by the Federal Aviation Administration (FAA) last week. In addition to having a taller and roomier cabin than its competitors, Arvai said the HondaJet offers higher performance for its higher price: a speed of 420 knots, a higher operating altitude – up to 43,000 feet – and is 17% more fuel efficient than its competition.

Honda Aircraft CEO Michimasa Fujino calls it the Acura of its class, which could foreshadow a wholesale change in the business aviation marketplace considering that is exactly what Honda and Toyota did to the automobile industry in the 1970s. The big question is whether or not it can meet the high expectations for quality set by Honda Motor , its automaker parent company. But given early reports on its composite fuselage and production quality, it likely won’t take long to find out. The investment in the HondaJet is estimated between $1.5 and $2 billion.

What makes the $4.5 million aircraft different is how HondaJet has tweaked the aerodynamics with a unique design and deployed new materials that contribute to its efficiency. The major aerodynamic change is the unique placement of the GE-Honda engines above the wing. Fujino defied conventional wisdom, which said doing so would negatively impact wing aerodynamics. After testing the concept in a Boeing BA +0.68% wind tunnel, he proved that conventional wisdom wrong by showing that putting the engine above the wing is more efficient than a clean wing. It also makes it easier to stretch the fuselage.

“With the engines above the wings HondaJet leverages natural laminar flow technology to optimize the aerodynamic performance of the wing and fuselage adding to its efficiency,” said Arvai. “The HondaJet has a unique design compared to competitors whose engines are attached to the fuselage.”

The engines also contribute to the unique development of the aircraft, which, dates back in the 1980s, when using engines from other manufacturers was the plan. Instead, it began developing its own engine in partnership with GE Aviation ultimately creating the GE-Honda HF20 turbofan engine.

Targeted at customers with $20 and $40 million in assets, the HA-420 can seat up to seven including the pilot and, in what Fujino calls a significant competitive advantage, is equipped with a lavatory. With a cabin 20% larger than competitors, its range is 1,358 miles. As an indicator of how it has excited the market, it took in 100 orders during the four-day National Business Aviation Association convention when it launched in 2006. There is no question HondaJet’s very light jet gives the market dominators – Bombardier , Embraer and Textron/Cessna – a run for the money. Indeed it will compete directly with the Cessna Mustang, the Bombardier Learjet and the Embraer Phenom 100E. It also puts Eclipse and Cirrus on notice they have to up their game.

While the HondaJet targets the bottom end of the market, this is a long game for Honda, which is following in the footsteps of predecessors to ultimately produce a family of aircraft that will likely create challenges for the entire business aviation market. The HondaJet now fits into a very volatile business aircraft segment. Small business aircraft took the greatest hit during the Great Recession because that segment relies on more financing. The segment has had a slow recovery and for that reason HondaJet’s timing may be to its advantage. “We established Honda Aircraft as a new aerospace company and introduced our first product – an advanced light jet with technologies developed from serious research activities,” CEO Michimasa Fujino said in a release on Wednesday. “We designed, tested, and have now certified this clean-sheet design aircraft – an unprecedented challenge for Honda.”

The last time we saw a challenger enter the market with such potential was Embraer in a move to diversify its business from its traditional foothold in the military and regional airline space. In 2000, it entered the market with a business version of its venerable regional airline ERJ 145. It also leveraged its larger regional aircraft, the E-190 to compete in the very large business jet market against Airbus and Boeing. Today, it has seven aircraft in its portfolio including four clean-sheet designs, the Phenom 100 and 300 and the Legacy 500 and 450.

To enter a market and then create seven aircraft including four completely new designs in 15 years is an incredible achievement in an industry that relies on new versions or derivatives of existing designs. It irrevocably changed the game for Cessna, Dassault, Gulfstream, Bombardier and others. And, if Embraer is any example, HondaJet may do the same and may not stop at business aircraft. It, too, could diversify into perhaps the commercial market. After all, Mitsubishi just launched its fight test program for one of the first clean-sheet regional jets in a decade or more. It is not too far fetched to think that a partnership could happen down the road if both achieve market success.

There are now 25 aircraft on the production line at its facility at the Piedmont Triangle International Airport in Greensboro, NC, which now employs 1,700. Honda Aircraft expects to deliver between 40 and 50 aircraft in the first year, ultimately ramping up to 75 aircraft in 2017. Deliveries begin at the end of this month. The company established the Greensboro site in 2000 as a research facility for the innovative design. It has since invested nearly $150 million in production and customer service facilities at the airport and, at 500,000 square feet, there is not only plenty of room to increase production but room to add products.

Contributing to the site decision at Greensboro is the fact that North America remains the largest aircraft market. Unlike other overseas manufacturers who established production in their home countries before investing in U.S. production facilities, however, Honda Aircraft began here. This insourcing is a little-noticed trend and includes Embraer’s $100+ million investment in customer support, research and production facilities for the Phenom 100/300 and, more recently, the Legacy 450/500 in Melbourne, FL. Just recently, Airbus followed establishing a new narrow-body Airbus production facility in Alabama.

The HondaJet is the culmination of Fujino’s dream to produce hand-crafted business jets, according to Forbes Contributor Joann Muller, who chronicled his 30-year quest in a great story last June. The progress has been steady despite serial crises elsewhere at Honda Motor Company, since 2011.

Faster, lighter and more fuel efficiency is now the game in the business aviation industry and competitors are taking note.