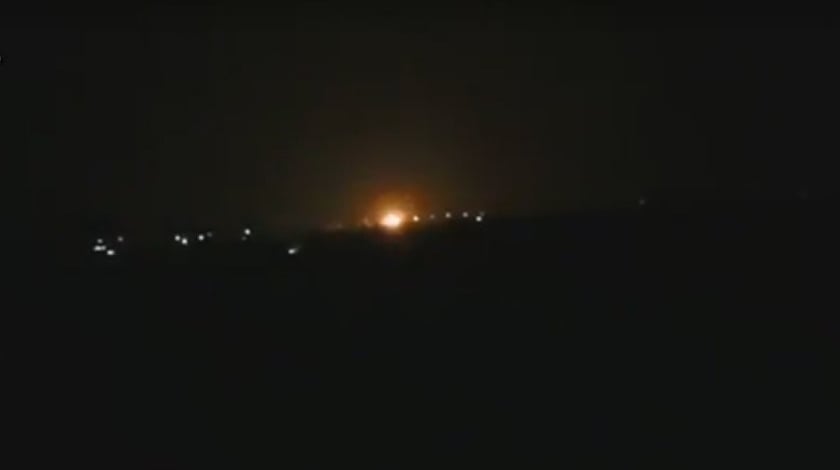 According to the Al Mayadeen television channel, an explosion occurred on Thursday morning in vicinity of Damascus International Airport, causing a fire.

The reasons behind the incident are unknown. The airport is reported to be used for civilian and military fights.

The footage of the explosion emerged on social media, with reports suggesting that the incident was caused by Israel’s Air Forces.

Lebanese pro-Hezbollah TV channel al-Manar said that the fire started at the fuel depot as a result of an Israeli airstrike.

Reuters said citing a regional intelligence sources that the alleged Israeli airstrike hit Lebanese Hezbollah’s arms depot in the airport where Iran operates an air corridor for supplying allies in Syria. Shiite Hezbollah and Iran are fighting on the side of Damascus in the Syrian war. While Iran supports Hezbollah, Israel views it as a terrorist organization.

There has been no official confirmation from Israeli or Syrian authorities.

On March 17, Israeli warplanes attacked targets in Syria. Benjamin Netanyahu claimed the strikes were aimed at preventing attempts to arm Hezbollah while Damascus said they targeted government troops near Palmyra.

Damascus said the Syrian air defense shot down one and damaged another of the four Israeli planes though Tel-Aviv denied the loss of any aircraft.