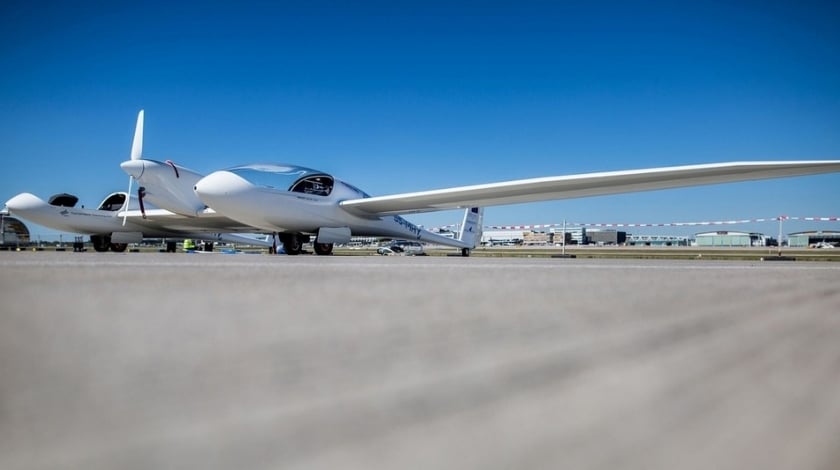 The world’s first four-seat passenger plane powered solely by hydrogen has taken to the sky from Stuttgart Airport in Germany.

The HY4 aircraft, developed by a team from the German Aerospace Center, uses electricity from a hydrogen fuel cell system to power an electrical motor. The only waste product is water and as long as the hydrogen used to power the aircraft is produced using renewable electricity, the plane’s operations can be completely emissions-free. Engineers from private companies Hydrogenics, Pipistrel and H2FLY, as well as researchers from the University of Ulm and experts from Stuttgart Airport, have participated in the project.

“Such forward-looking activities embody the future of zero-emission flying. The Commission firmly supports such initiatives, which are fully in line with our new strategy for low-emission mobility.”

The aircraft’s power train consists of a hydrogen storage system, a low-temperature hydrogen fuel cell and a high-performance lithium battery, which covers peak power loads during take-off and when climbing. The 80kW electric motor propels the plane to a maximum speed of 200 km/h. The average cruising speed would be around 145 km/h. Depending on speed, altitude and load, the aircraft can cover between 750 and 1500 kilometres in one go.

“With the HY4, we now have an optimal platform to continue developing the use of fuel cells on aircraft,” said Josef Kallo, a Professor at the University of Ulm. “Small passenger aircraft, such as the HY4, could soon be used in regional transport as electric air taxis and offer a flexible and rapid alternative to existing means of transport.”

The aircraft has a unique design, featuring a twin fuselage, with two passengers seated in each part.

“For the foreseeable future, large passenger aircraft will continue to fly using conventional propulsion. One of the major challenges for the coming decades, however, is bringing electromobility to the aviation industry and making the air transport system of the future carbon dioxide neutral,” explained André Thess, Head of the DLR Institute of Engineering Thermodynamics.

“Our goal is to further improve the fuel cell power train and, in the long term, use it on regional aircraft with up to 19 passengers”.