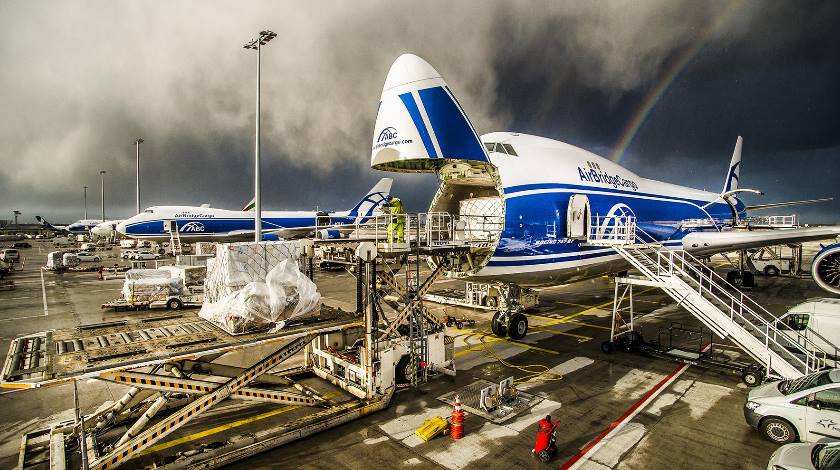 Geneva – The International Air Transport Association (IATA) released data for global air freight markets in January showing a rise in freight tonne kilometers (FTK) of 2.7% compared to January 2015. This continues the improving trend witnessed toward the end of 2015, and is the fastest pace since April of last year. The freight load factor (FLF) fell 1.8 percentage points, however, indicating that yields are likely to come under further pressure.

Total FTKs in January surpassed the previous all-time peak reached in February 2015. All regions except the smallest markets of Africa and Latin America expanded in January, but all regions reported declines in the FLF. Despite this good start, the underlying weak trade performance makes it unlikely that growth will accelerate significantly in the coming months.

“It is good news that volumes are growing, but yields and revenues are still under tremendous pressure. Air cargo plays a vital role in our globalized and fast-paced world in which trade is the foundation for long-term prosperity.

Removing barriers to trade is a win-win. It will shore-up the foundations for stronger economies. And an improved business environment for air cargo will help facilitate much needed technology and process investments so that the industry will be an even stronger catalyst for growth and development. A third of the value of goods traded internationally are delivered by air.

But the value of air cargo goes much deeper in the prosperity that it creates in supporting jobs and economic opportunity,” said Tony Tyler, IATA’s Director General and CEO.

African airlines’ FTKs declined by 1.4% in January compared to January 2015, and the FLF was 22.6%, down 4.8 percentage points, and the lowest of any region. The largest economies in the region, Nigeria and South Africa, are heavily dependent on energy industries and have been hit hard by the slump in global commodity prices.

Asia-Pacific carriers, which comprise almost 39% of all air freight, expanded by 1.3% year-over-year (although the international freight figure was a much lower 0.2%). The FLF fell 2.3 percentage points to 49.8%, still the highest of any region. Emerging Asia trade contracted in the second half of 2015 and in general trade to and from Asia-Pacific is weak.

European airlines’ demand grew by 2.5% in January but the FLF fell 1.5 percentage points, to 41.6%. Growth may have been flattered by the volatility and weakness seen a year ago. The growth trend for volumes looks weak for the months ahead, so there is a strong possibility that Europe could slip back into negative growth.

Latin American carriers continued the weak performance of recent months, declining by 3.6%. The FLF fell 2.7 percentage points, down to 32.9%. Brazil, the region’s largest economy, has struggled, particularly with the fall in the price of oil and other commodities.

North American airlines saw FTKs expand 2.5% in January compared to January 2015. The FLF was 34.6%, a fall of 1.4 percentage points. Following the spike in volumes due to last year’s West Coast ports strike, air freight from the US across the Pacific fell away. On the other hand trade with Europe, particularly imports, has increased.

The World Cargo Symposium (WCS) is the world’s premier air cargo conference. It is expected to attract around 1,000 high-level delegates from across the industry’s value chain, including airlines, freight forwarders, shippers and technology and service providers. The event will take place at the Intercontinental Hotel, Berlin, on 15-17 March.

Key speakers currently in line to address the opening day of the WCS include:

The WCS will gather industry leaders to focus on the value of air cargo, the economic trends impacting it and critical drivers for future success.

“Without air freight the modern globalized economy could not function. Air cargo, however, is going through a tough time. Growth has disappointed since 2010. And the industry as a whole faces a period of profound transformation as it adapts to new digital processes, shifts in global supply chains and evolving needs for ever-more specialized types of goods.

The discussions at the 10th WCS will illuminate these challenges and opportunities. The WCS will once again be setting the agenda for air cargo and we are looking forward to welcoming the industry’s leaders to Berlin next week,” said Tyler.