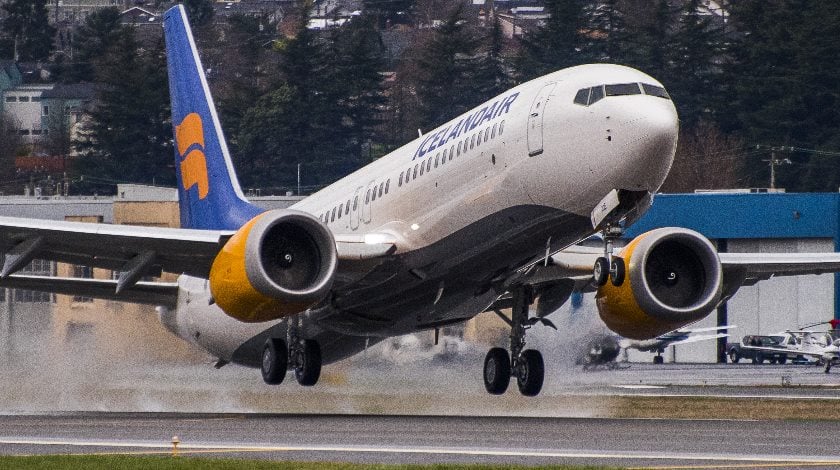 Boeing and Icelandair celebrated the delivery of the airline’s first 737 MAX airplane as the Icelandic carrier seeks to grow and renew its fleet and enhance its trans-Atlantic operations.

The MAX, a new and improved version of Boeing’s 737 airplane, will join Icelandair’s fleet of Boeing 757 and 767 jets in serving destinations throughout North America and Europe.

Icelandair placed an order for 16 737 MAXs in 2013, including the MAX 8 and larger MAX 9 models. Both airplanes offer airlines exceptional performance with lower seat-mile costs and more range (up to 3,515 nautical miles or 6,510 kilometers) to open new routes profitably.

“The arrival of the new aircraft represents a milestone, the start of the renewal of our fleet which is an exciting undertaking for Icelandair,” says Björgólfur Jóhannsson, President and CEO Icelandair.

“The MAX will be an excellent addition to our fleet of Boeing 757’s and 767’s and increase both flexibility and capacity for the growth of our network, through added frequencies and new destinations.”

The 737 MAX family is powered by CFM International LEAP-1B engines, and includes design updates such as Boeing’s Advanced Technology winglet that will result in less drag and further optimize the 737 MAX performance, especially on longer-range missions. Together, these improvements reduce fuel use and CO2 emissions by at least 14 percent compared to today’s Next-Generation 737s – and by 20 percent more than the single-aisle airplanes they replace.

“The 737 MAX will complement Icelandair’s trans-Atlantic operations, continuing to seamlessly link points between North America and Europe,” said Monty Oliver, vice-president of Europe Sales, Boeing Commercial Airplanes. “The incredible operating efficiencies of the 737 MAX family will allow Icelandair to steadily and profitably grow its network in the coming years as it introduces both MAX 8s and MAX 9s into its fleet.”