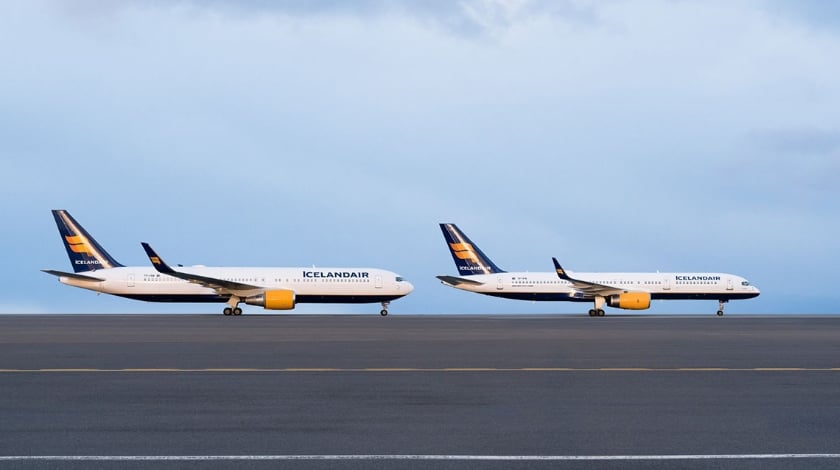 Icelandair is to add 13% year-on-year international capacity and has confirmed plans to add another pair of Boeing 767-300s in 2017.

The extra capacity—totaling a 13% increase in ASKs, or 8% more flights—will include two new destinations and increased frequencies to several gateways in both North America and Europe.

“The difference [between the ASK and flight growth] is due to the increased weight of longer flights to North America in the schedule and the increased use of larger aircraft. Next year the fleet will include four 262-seat Boeing 767-300 aircraft and 26 Boeing 757 aircraft,” Icelandair said.

In 2017, the Reykjavík-based carrier predicts it will handle 4.2 million passengers, approximately 450,000 up on 2016. This represents huge growth from the 1.3 million passengers carried by Icelandair in 2009.

In recent years, the company has been building up a secondary bank of flights with departures to North America just before noon and midnight departures from Iceland to Europe. This development will continue next year.

“As stated in our interim report for second quarter, average airfares have been declining and the company therefore lowered its EBITDA guidance in July. However, we expect the operating results for 2016 to be one of the best in the company’s history. The company is therefore well positioned to handle the continued organic growth which is planned for 2017,” Icelandair Group president and CEO Björgólfur Jóhannsson said.