India Will Need 250 Additional Fighter Jets In Next 10 Years 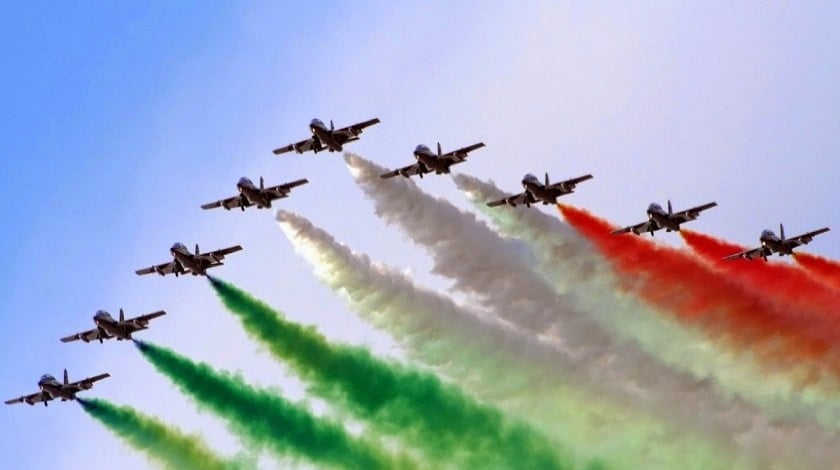 The IAF chief, Air Chief Marshal Arup Raha, said that an additional 200-250 fighter aircraft needed to be inducted in the next 10 years to meet operational requirements, even as he termed the disappearance of an AN-32 transport one of the “worst memories” of his career.

India has sufficient numbers in the heavy category in Sukhoi SU-30s, while gaps in the medium and light categories needed to be filled, Raha, who retires on December 31, said at his farewell press conference here.

The IAF chief said that 36 Rafale jets being bought by India from France were not enough.

“Over the next 10 years, we must have 200-250 aircraft. It has to be balanced out. In the heavy spectrum, we have enough. But in the medium category, we need to have more. Yes, about 200 will be very good,” Raha said.

“We are still inducting Sukhoi-30s; it will last us for another 40 years. The light combat aircraft (Tejas) will fill some void in the lightweight category … Rafale is an excellent aircraft. But we have just 36 aircraft; we require more aircraft in the medium-weight category,” Raha said.

“To fill the gap, one more line of production is needed in India,” he said.

Raha also emphasised the need for inducting more mid-air refuelers since its present fleet of Ilyushin IL-78s faced maintenance problems. India had floated a global tender for six mid-air refuellers in 2007 but it was scrapped twice in the final stages.

Raha also said the AN-32 wasn’t the “best aircraft” to fly over the Bay of Bengal.

“The AN-32 is not the best aircraft to fly on this route. The altitude at which AN-32 flies is not so good in terms of weather,” Raha said.

He said the aircraft “unfortunately” did not have an underwater locator beacon and IAF has taken up the case with the government and a large number of ELTs (Emergency Locator Transmitters) will be procured.

The AN-32, with 29 people on board, was on a routine sortie from IAF Tambaram to Port Blair went missing at 12.25pm on July 22, approximately 150 nautical miles east of Chennai.

Raha also said that the process for procuring the Airbus C295 transport aircraft, to be manufactured by a joint venture of the Tatas and the European aerospace major, should “not take very long”.

The IAF chief, who is also the Chairman Chiefs of Staff Committee and the senior most officer in the three forces, also termed the Pathankot terror attack a major “setback” during his tenure, but added that lessons have been learnt.

“Today, I can say that we are very well prepared,” Raha said in reference to the February 2 attack in which seven security personnel and one civilian were killed.
On the One Rank One Pension imbroglio, the IAF chief said it was an “unprecedented situation” which affected the esteem of the armed forces, adding that what has been given by the government is “substantially good”.

Talking about the recommendations of the 7th Pay Commission, he said the issues that have been raised by the armed forces are being “relentlessly” resolved by Defence Minister Manohar Parrikar and others.

He also commented on the arrest of former IAF chief, Air Chief Marshal S.P. Tyagi, and said he was “like a family member” but if he is proved guilty, he will have no sympathies.
Talking about IAF’s achievements, he said the average flying conducted in the year just ending has been more than the average of the last 10 years.

“We have flown the fighter fleet 40,000 hrs, more than last 10 years due to better serviceability. We have done an average night flying of 27 per cent which was less earlier. There has been a large improvement in the professional capabilities. We have been involved deeply in the operations against Naxalism (Maoists), logistics support and night-time flying,” he added.