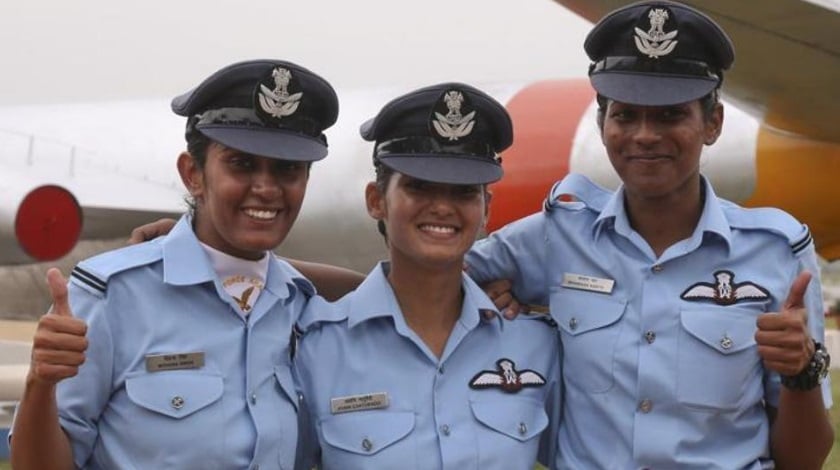 Three women are currently training on British Hawk advanced jet trainers at an IAF facility at Kalaikunda in West Bengal. Bhawana Kanth, Mohana Singh and Avani Chaturvedi were commissioned as flying officers in the IAF in June 2016.

“The women pilots will be assigned to fighter squadrons after they complete their training in the third week of October. Their performance has been good,” a senior officer said. The women volunteered for the fighter stream after the government ended a rigid gender-based combat exclusion policy in the IAF in October 2015.

The women are likely to be assigned to a Sukhoi-30 squadron later this month, IAF sources said. They are part of a batch of around 40 flying officers training on Hawks at the Kalaikunda air force station.

The batch was supposed to be assigned to fighter squadrons in June 2017 but the plan has been delayed by four months due to training backlog and weather-related issues, officials said. Such delays are not unusual.

The women fighter pilots could be stationed together considering there are only three of them in the IAF.

The headcount of women in the armed forces is upwards of 3,300, including 1,300 in the air force, but combat roles were off limits to them until the IAF took the lead in crushing internal resistance to grant them equal opportunities.

Warships, tanks and combat positions in infantry are still no-go zones for women, who were allowed to join the armed forces outside the medical stream for the first time in 1992.

The army announced in September that it is giving finishing touches to a proposal for inducting women into the military police. The proposal is very significant as women will be inducted in the military’s non-officer cadre for the first time, although they will be in a non-combat role.

The plan is to induct 800 women in the military police with a yearly intake of 52.