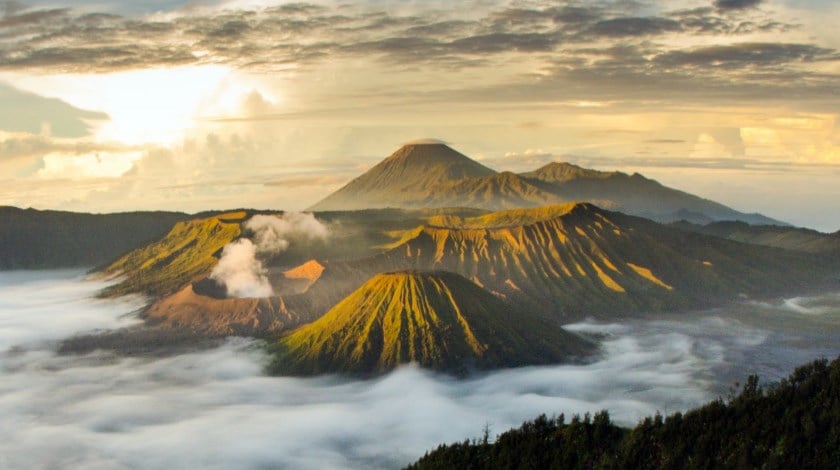 A new Indonesian Ministry of Transportation (MOT) rule banning the import of any commercial passenger aircraft more than 10 years old and freighters more than 15 years old amounts to merely a cosmetic exercise, according to a senior aviation technical executive, while a ban on any aircraft more than 30 years old appeared likely to cause serious financial hardship for operators of some commercial, general aviation and regional aircraft.

Ignasius Jonan, Indonesia’s Minister of Transportation, signed the new rule into law on October 16, two weeks after a 34-year-old de Havilland Canada Twin Otter 300 operated by Aviastar Mandiri crashed into Mount Latimojong during a scheduled passenger flight from Masamba to Makassar on the island of Sulawesi, killing all 10 people aboard.

Some of those problems include the nation’s inadequate aviation-safety oversight, a high rate of commercial-aviation accidents and incidents and low pilot-training and pilot decision-making standards, according to Seymour.

The FAA’s International Aviation Safety Assessment program currently rates Indonesia as a Category 2 nation. That means Indonesia’s aviation-safety oversight–handled by the Ministry of Transport–does not comply with ICAO safety standards. The rating disallows Indonesian carriers from launching any new services to the U.S.

Additionally, the EU has banned almost all Indonesian carriers from operating in its airspace because of their poor safety records. The ban includes Lion Air, which operates a large fleet of young Boeing 737-900ERs and has hundreds of new 737s and Airbus A320s on order.

Indonesia’s new aging-aircraft rule also bans any Indonesian carrier from operating any commercial aircraft older than 30 years of age. Carriers operating aircraft aged 30 or older at the rule’s promulgation date have 36 months to stop flying them. If any carrier doesn’t do so within that time, the Indonesian government will de-register the aircraft concerned and potentially also will remove the airline’s Air Operator’s Certificate.

Two of Indonesia’s three fatal accidents in 2015 have involved aircraft more than 30 years old: the Aviastar Mandiri Twin Otter and a 54-year-old Lockheed C-130B operated by the Indonesian Air Force, which crashed shortly after taking off from Medan-Soewondo Air Force Base on June 30, killing all 122 aboard the aircraft and 17 on the ground.

However, Indonesia’s two most recent commercial-aircraft incidents have involved young jets. On December 21, a nine-year-old Embraer 195 operated by KalStar Aviation overran the runway at Kupang El-Tari Airport while landing during a storm. Although none of the 125 people onboard sufferes serious injury, the aircraft sustained substantial damage.

On November 6, a two-year-old 737-900ER operated by Lion Air subsidiary Batik Air ran off the side of the wet runway upon landing at Yogyakarta-Adisutjipto Airport. The aircraft’s nose gear collapsed but all 177 people aboard survived.

Additionally, on December 28, 2014, Indonesia’s worst accident in nearly 18 years involved an aircraft that was just six years, three months old. That airplane–an AirAsia Indonesia A320–crashed into the Java Sea after the pilots lost control at FL320 and stalled the aircraft. The accident killed all 162 people onboard.

Seymour conceded that by restricting the importation of commercial aircraft to those aged 10 years or less (15 or less for freighters), Indonesia has made it more likely all airliners it registers in the future will contain modern navigation equipment and situational awareness aids, such as EGPWS.

However, Seymour argued that even if an aircraft gets fitted with the latest navigation equipment, pilots still need training to use it properly and to make sensible decisions when operating in bad weather. Many Indonesian operators’ safety records indicate they don’t train pilots well.

Seymour said another “probably” relevant issue is that 27 aircraft with 19 seats operate in Indonesia, according to IBA Group’s JetData database. The regulations do not require aircraft with 19 seats or fewer to carry cockpit voice recorders and 21-channel flight data recorders, he said, making it harder for Indonesia’s National Transportation Safety Committee to determine definitively the causes of accidents involving such aircraft.

According to JetData, Indonesia’s new rule immediately affects three commercial jets on the nation’s registry. All are more than 30 years old and all are Boeing 737-300s. Operators will have to soon deregister another nine 737-300s, two 737-400s and five ATR 42s, all of which are at least 27 years old.

Trigana Air Service has eight of the 19 Indonesian-registered large commercial aircraft aged 27 years or older. However, Cardigair, a freighter operator whose fleet consists of three 737-300Fs, stands to feel the most severe effects. One of its airplanes is more than than 30 years old and the other two are 29, according to JetData.

Ironically, Cardigair appears to have spent heavily to give its aging 737-300Fs modern avionics. According to its website, Cardigair installed satLINK (an Iridium satellite-based voice and data communications system), TCAS, EGPWS, digital flight data recorders and windshear detection systems in all three aircraft.

According to JetData, the new rule will immediately affect 24 other commercial aircraft operating in Indonesia because of their advanced age of 30 years or more. They include 18 Twin Otters, two DHC Dash 7s and six Fokker F.27s.

Twin Otter lessor CAAMS Leasing managed to get two aging Twin Otter 300s on to the Indonesian registry for lease to Dimonim Air just before the new rule took effect, but its attempt to register a third (MSN 524) came too late.

However, CAAMS Leasing CEO Everette Mash subsequently purchased a 2012-built Viking Air Twin Otter (MSN 857) as a replacement to lease to Dimonim Air. Schedules call for delivery of the aircraft in February.

Four other young Viking Air Twin Otter 400s already operate in Indonesia, according to JetData. Mash told AIN he saw a demand for the lease of another ten there within 18 months and he planned to try to meet that need.