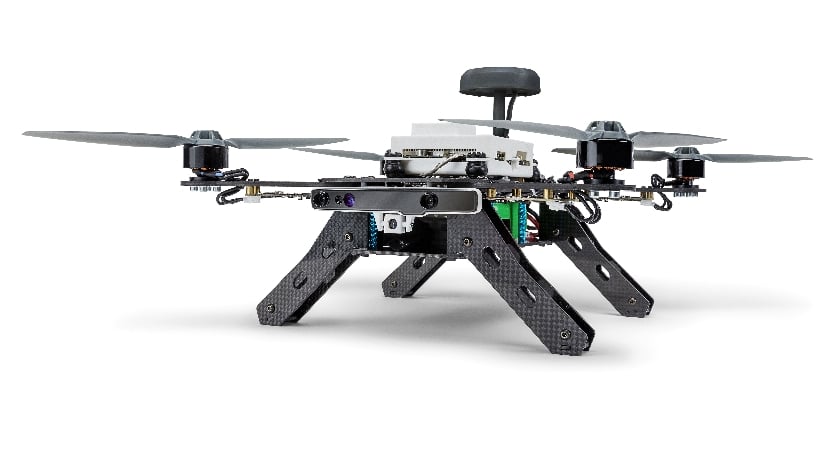 Semiconductor manufacturer Intel Corporation announced the launch of the “Aero Ready to Fly” quadcopter drone, designed as a platform for drone application developers.

The quadcopter will be available later this year; it was unveiled at the Intel Developer Forum in San Francisco.

“Designed from the ground up to support drones,” the Aero platform is a UAV developer kit powered by Intel’s Atom processor and combining computing, storage, communications and data input/output “in a form factor the size of a standard playing card. When matched with the optional Vision Accessory Kit, developers will have opportunities to launch sophisticated drone applications,” Intel said.

The Typhoon H with Intel RealSense is available now for $1,899, the company said.

The launch of the Aero quadcopter is the latest of multiple recent drone-related announcements by Intel. Last August, company announced that it would invest $60 million in Hong Kong-based Yuneec, and this January it acquired Ascending Technologies, a manufacturer of autopilot systems and multi-rotor drones based in Krailing, Germany.

Intel Capital, the company’s venture capital arm, has made equity investments in Airware of San Francisco, designer of a commercial drone operating system; and PrecisionHawk of Raleigh, N.C., a drone manufacturer and aerial data provider.

In May, the FAA announced that it had appointed Intel CEO Brian Krzanich as chairman of its new Drone Advisory Committee, a group consisting of C-level executives representing the small unmanned aircraft systems industry and users.