Internet of Things for Aviation Gets Real 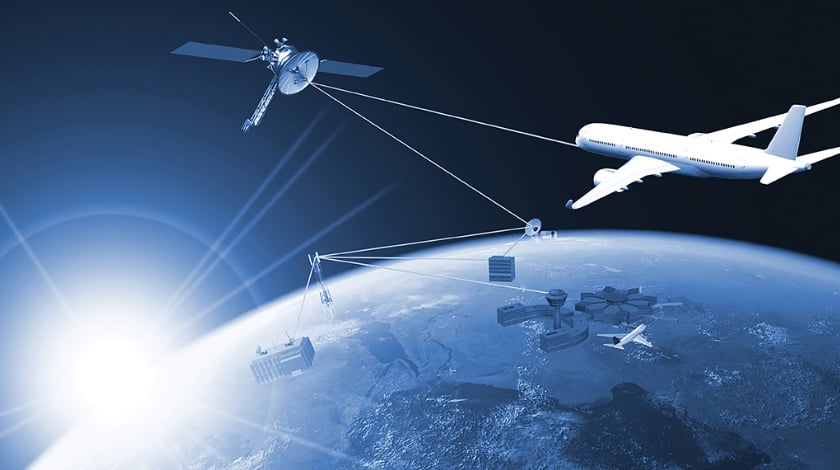 The Industrial Internet of Things has gone from generating excitement about its potential—and hype—in the aviation industry to a more practical concern that can be summed up by “what’s in it for me?” People understand there is value in big data; now it is about putting the concept into action and seeing a measurable business return from it.

Airlines and aftermarket providers are looking for outcomes. And in seeking tangible wins, they are discovering that silos need to come down for the benefits to be realized. For airlines, this often means connecting the dots between operations, tech ops, purchasing and planning, for example.

“We believe connecting the ecosystem within an airline is an important part of optimizing and getting costs out,” says Stan Deal, Boeing Global Services president and CEO.

The first step in connecting a network of devices, machines, sensors, software and people is ensuring access to the needed data. “Less than 10% of data” is used in aviation, estimates Chris Rospenda, IBM’s worldwide transportation leader for connected operations. He says some “operators are still trying to find the nuggets and don’t know what questions to ask,” but others are exploring how data “can provide operational efficiencies” beyond just following a gut instinct.

AAR’s new digital leader agrees that a lot of potentially useful data is not used and sees information locked up in three places. The first of these is on paper. “There are still many different processes [in which] AAR requires us to use paperwork. Much of it driven by the FAA,” says Andrew Kemmetmueller, chief digital officer. To unlock the information trapped on paper, AAR is converting it to “structured data and applying it moving forward” in a paperless environment. The second place data is trapped is in AAR’s multiple enterprise resource planning systems, and the third is in peoples’ heads, “tribal knowledge that we have inside subject-matter experts,” he says. To retrieve that gated information, “we need to capture more information consistently in an electronic format during processes” by interviewing mechanics to understand the “why and the how” of what is being done beyond FAA requirements, he says.

In addition to access, another issue with aviation data is the sheer quantity of it, and when to take the data off of aircraft and how.

While some airlines have throttled back the amount transmitted during flight, “the data per aircraft is still going up” and the amount of maintenance and engine data coming off aircraft is still the highest it has ever been, says Joel Otto, Rockwell Collins Information Management Services vice president of strategy and business development. Those numbers will only increase as new-generation aircraft enter service.

Trends in the Internet of Things for aviation, or Connected Aerospace, are enabling greater capabilities: Ethernet and now broadband for aircraft, so there are bigger pipes, that are more affordable.

Otto thinks connectivity choices will continue to evolve and be driven by forces beyond aviation: “Aviation will draft off of those technologies.”

The Connected Aerospace journey will be like that of the cell phone, says Otto. We will get more data for less money as time goes on and the technologies, such as apps, will drive new opportunities.

Gogo, which rolled out 2Ku service in 2015, sees the next couple of years as “the years of data for us. We’re looking to put aircraft data to work” to enable aircraft to fly safer and more efficiently, says T.J. Horsager, Gogo’s director of connected aircraft. “Fusing data and broadband is a killer match.”

And with 2Ku technology, “we can send more contextual information so data analytics folks can better assess how that asset is performing,” he says.

An example is Gogo’s membership in NASA’s Traffic Aware Strategic Aircrew Requests (TASAR) program, which is designed to improve the process of how pilots request flight path and altitude changes. Horsager says TASAR in real time displays lateral, vertical or a combination of trajectory changes and makes suggestions to pilots based on fuel, time, or fuel and time savings. Gogo is supplying the broadband data and fusing it with weather on trial flights by Alaska Airlines, which will continue throughout this year. “This is a fantastic example of how aircraft data and broadband can be used in a single application,” says Horsager.

Gogo, Honeywell and Rockwell Collins all are working on turbulence- avoidance options via connectivity.

For MROs, expect to see a shift from snapshot reports—including data from a point in time, such as what is available from the aircraft communications addressing and reporting system—to “a full context of what took place” around an event, says Horsager. “With broadband, the old barriers are being shattered. As an industry, we need to look at how larger data sets can be leveraged,” he says. Horsager thinks further data-sharing across airlines is coming and predicts “over the next two years that position will soften, at least for smaller data sets.”

Rolls-Royce sees that its products, services and digital capabilities are overlapping and will reach the point where they could converge, says Richard Goodhead, senior vice president for marketing. “Getting a pipe of data from the engine, as well as its context,” and using cloud-computing technology’s “sheer ability to crunch all of that data” produces useful outcomes.

As an example, he cites a flight scenario from London to Sydney, with a stopover in Singapore. On the first leg, Rolls could see a “strange data characteristic” coming from a fuel pump. It could ascertain that the signal indeed showed a problem, but also know “the fuel pump only has a few more cycles before it needs to be replaced,” says Goodhead. While the diagnostic piece might not be groundbreaking, with the contextual data it can figure out that the required part is in Singapore. It also could connect a mechanic through virtual reality to its Derby, England, engineers and stream back repair instructions. In this case, Rolls also would know there was enough time to swap the part in Singapore without causing a delay on the second leg. That’s connecting a problem and solutions seamlessly in a new way.

Like Rolls-Royce, GE’s Internet of Things objectives are to increase asset reliability and reduce unscheduled removals and disruptions for customers. “The power of data science is amazing, and it’s evolving fast,” says Jayesh Shanbhag, executive director of GE Aviation’s services digital strategy. It is about being able to connect the dots and see outcomes from disconnected data sets that were not possible before.

An analytics example is occurring with Emirates Boeing 777s. GE analyzed the GE90 engine’s performance and focused on a turbine nozzle’s cumulative distress over time. This metric was higher than the global fleet average due to a challenging operating environment. By making changes to that part’s maintenance, Emirates saw a 56% decrease in unscheduled engine removals and a 15% decrease in overhauls. While “the idea is to expand to other parts,” the intent is to expand only to key parts that cause disruptions, says Shanbhag. “The key for all of this will be data,” he adds.

Given customer feedback, GE developed an app to help customers visualize data and see how their operational parameters compare to the global fleet’s. Called Flight Phase Analyzer, Shanbhag says, “This helps them better understand what the data is telling them,” so they can make choices to reduce disruptions or increase utilization.

Again, it comes back to creating tangible outcomes for customers—and in this case—helping them make their own data-based decisions.

Slyker hopes to have 80% of Honeywell’s 109 aerospace systems in the connected maintenance environment by 2019. “At the end of the day, a Connected Aircraft only matters if it helps an operator achieve its goals,” says Slyker. “There are many ways to connect aircraft value, such as 35% maintenance savings, $500,000 per year in fuel savings and the ability provide a home or office-like Wi-Fi experience in the air,” she says.

Honeywell is testing edge-node sensing capability. “This edge node enables operators to derive benefits such as real-time awareness of issues in the passenger cabin that require resolution as well as remote ability to check brake wear,” says Slyker.

IBM’s Chris Rospenda thinks sensor applications from other industries, such as trucking—monitoring the temperature of tires, for example—could be used in aviation. “Radio frequency identification used to be expensive, but now sensors can be less than a penny apiece” with 3D printing.

Machine learning, or artificial intelligence (AI), is another technology to watch. In MRO, Rospenda sees using the Industrial Internet of Things to reduce heavy check times as much as 23%, with a combination of predictive maintenance and AI.

He also foresees advances in drone inspection for MRO; of an empennage for hail damage for example, then using machine learning to compare that information to a database, confirming the empennage is out of spec—prompting a non-routine work card for maintenance.

The possibilities of using broadband and the data it transmits could empower the aviation ecosystem to create new paradigms. “I think we are at the tip of the iceberg” of where the industry could go,” says Horsager.

Otto expects to see “exciting things” develop as people gain access to data sets. “That’s what has happened in the consumer world,” including developments from Google and Amazon. It could take connected aircraft to a broader connected aviation vision.