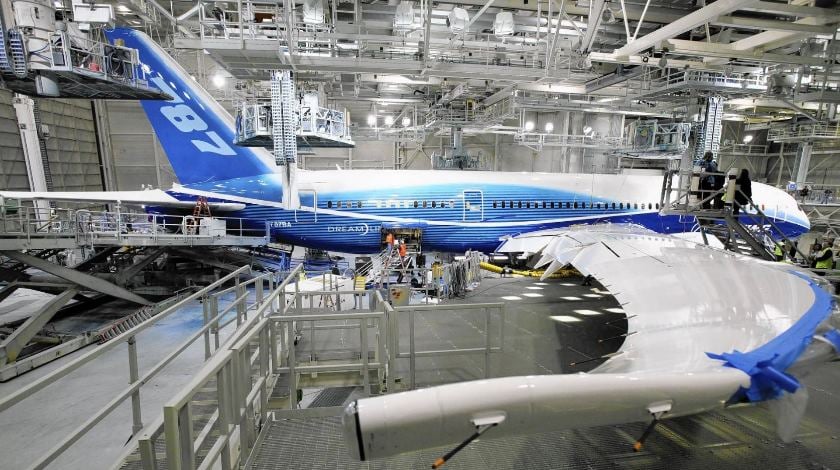 Iran and its airlines are nearing a tentative agreement to buy about 100 Boeing Co. jets following the easing of trade sanctions, according to people briefed on the discussions.

The Islamic Republic is expected to buy jets directly from the U.S. plane maker in what would be one of the highest-profile deals between a U.S. company and Tehran since the West lifted nuclear sanctions on the country in January.

It could also lease Boeing-made aircraft as part of a broader fleet renewal effort that includes acquiring Airbus Group SE planes, according to one of the people briefed on the discussions.

The country’s airlines have indicated a dire need for both medium-haul jets like Boeing’s single-aisle 737 as well as its long-range 777 and 787 Dreamliners.

Boeing declined to comment on details of its talks with Iran on Wednesday and said it was up to Iran and its airlines to announce any agreement. A spokeswoman for the Treasury Department, which grants the licenses, declined to comment.

The Chicago-based aerospace giant has moved slowly as it tests the newly eased commercial restrictions in Iran, following the Iran government’s agreement dismantle its nuclear program.

A preliminary deal is a key test for western companies looking to do business in Iran, and any tentative agreement will move to a crucial phase that will demonstrate whether the Islamic Republic’s airlines can tap dollar-based financing sources to buy large durable goods like Boeing’s jetliners.

Iranian Transport Minister Abbas Akhoundi said Tuesday the country was close to a deal with Boeing, according to the semiofficial Mehr News Agency.

“In the coming days, details of the agreement with this company will be announced,” he said, without elaborating further.

IranAir Chief Executive Farhad Parvaresh this month said he was had two rounds of talks with Boeing. He noted that western banks continue to be leery about doing deals in Iran, which has complicated completing deals for plane purchases.

The discussions began in April , enabled by a preliminary license from the U.S. government that allows it to conduct direct talks with approved carriers.

At the time Boeing said its representatives “discussed the capabilities of its commercial passenger airplanes and aftermarket services with Iranian airlines approved by the U.S. government,” according to a Boeing spokesman.

“The way the licensing process works now is we’re allowed to now put together tentative sales agreements. Those sales agreements would then be each individually subject to U.S. government approval.”

Airbus Group SE in January announced an agreement with Iran to purchase 118 new jets, underscoring Iran’s interest in restoring commercial links with Europe, as well as the urgency for new commercial aircraft.

The deal hasn’t been finalized because of concerns in the financial community about doing deals in Iran. Airbus also is still waiting for an export license from the U.S. government for the planes.

Airbus commercial airplane boss Fabrice Brégier recently said the company was making progress securing the export license, but more work was needed. He remained optimistic the deal, which would include Iran’s purchase of 12 A380 superjumbos, could be finalized this year.