Iran Aseman Airlines ATR-72 Crashes with 66 on Board 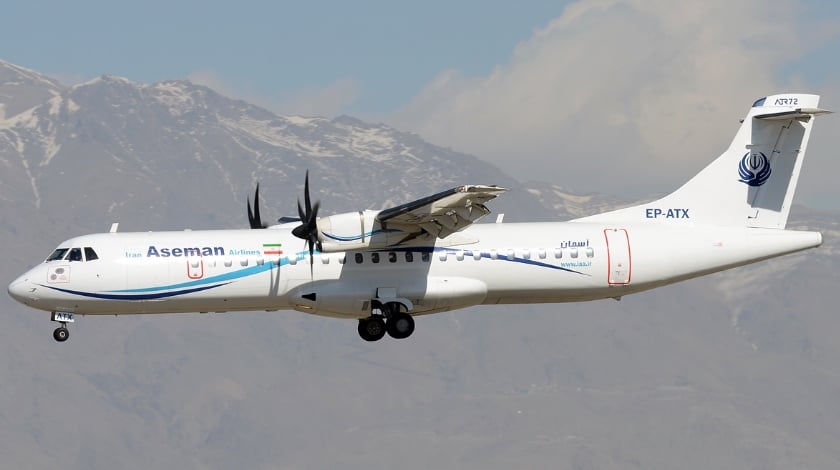 An Iran Aseman Airlines ATR-72, registration performing flight from Tehran Mehrabad to Yasuj with 60 passengers and 6 crew, disappeared from radar near the Zagroz Mountains.

The wreckage was later found near the village of Semirom (Iran) at the Dena Mountain at an elevation between 12,500 and 13,500 feet. No survivors were sighted.

Emergency services reported fog and snowfall in the crash area hamper rescue efforts and make it impossible to land helicopters at the crash site. Rescuers are on their way to the crash site by foot.

Iran’s News Agency Fars identified the crashed aircraft as EP-ATS (built in 1993) based on “some source”. According to Mode-S data the EP-ATS was flying about 160nm north of Semirom at 05:15Z. Iran’s News Agency IRNA however reported EP-ATX based on the statement of the airline, but subsequently changed to EP-ATS.

The aerodrome of Yasuj is surrounded by high mountains. The AIP Iran do not publish any Standard Arrival Route, only Instrument Approach Procedures 1 (Cat A/B including ATR-72) and 2 (Cat C/D) are published together with the aerodrome chart. The IAC marks the MSA 25nm north of the aerodrome at 15,500 feet MSL.

On Oct 26th 2017 the airline had posted a photo of EP-ATS reporting that the aircraft will be restored to flying condition by qualified maintenance engineers after being out of service for seven years.