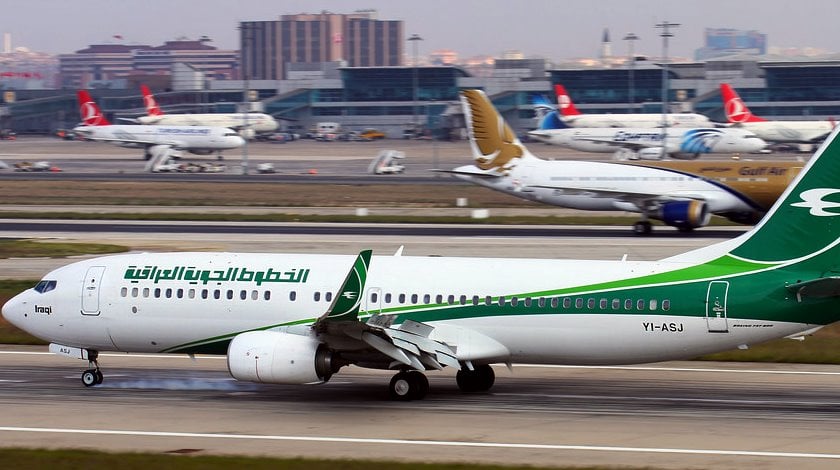 The airline has been barred from entering the airspace of 28 EU countries – including the UK – as well as four other European nations following a number of safety lapses.

In a letter from the European Aviation Safety Agency (EASA), executive director Patrick Ky said he had received “credible and specific safety reports containing examples of alleged failures to comply with applicable international (ICAO) safety standards by Iraqi Airways and the Iraqi CAA”.

Iraqi Airlines also failed to provide documentation requested by the EASA, it said.

A UK Civil Aviation Authority spokesman said it was up to EASA to decide when to enforce and lift the ban.

The Foreign Office also warned travellers to be aware. It currently advises against all travel to the majority of the war-torn country, with Britons only advised to undertake essential travel in the rest of the nation.

Indonesia is one of the worst offenders with more 50 airlines on the EU’s no-fly list.

The move means several hundred Iraqi Airways passengers are now feared to be stranded in Sweden, where the ban was first implemented.

Iraq’s national flag carrier has been attempting to modernise its fleet since the 2003 US-led invasion.

In 2005, the airline flew its first international flight for 25 years, landing in the Iranian capital Tehran.

It has since signed contracts for billions of pounds worth of new jets, with a recent order for 10 of the latest Boeing Dreamliners.

The airline’s most recent fatal incident occurred in 1986, when a flight from Baghdad to Amman was hijacked and two explosions brought the plane down in Saudi Arabia, killing 63 people.