Israeli Fighter Pilots Head to US for F-35 Training 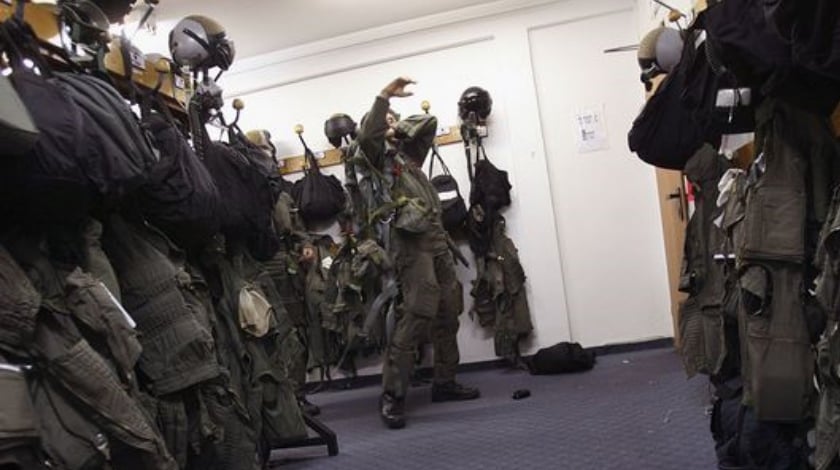 Israel’s first cadre of F-35 pilots are headed next month to the United States to begin simulator and ground-based training on the new stealth fighter, the first two of which are scheduled to arrive here by the end of the year.

Led by the commander of the Israeli Air Force’s (IAF) first F-35I “Adir” squadron, the group of four will be joined at Luke Air Force Base, Arizona, shortly thereafter by another three pilots. By the middle of next year, 12 IAF pilots will have passed through the approximately 100-day US Air Force training program, which prepares them for actual flight training in Israel on Israeli aircraft.

“Once they’ve done their ground-based training in the US, they’ll come back here and fly for a few months before they are operationally certified.”

The officer could only be identified by the initial of his first name, part of a longstanding IAF policy of shielding the identities of mid-ranking air combat professionals. He will be leading the second group of Israeli aviators for US-based F-35 training.

In parallel to pilot training preparations, the service is working with prime contractor Lockheed Martin and F-35 program officials to stand up its own in-country logistics center.

New buildings are under construction at Nevatim Air Base in Israel’s Negev desert to accommodate the new aircraft, and plans are advancing toward Israel’s eventual self-sufficiency in F-35 maintenance, overhaul and repair.

The issue of Israeli self-sufficiency in sustaining its planned F-35 fleet has been a matter of discussion at the government-to-government level and with Lockheed Martin for nearly two years. Initially, Lockheed and the Pentagon’s Joint Program Office (JPO) insisted that Israel — like all other F-35-flying nations — perform depot-level work at official sites where strict security and program-mandated oversight measures could be enforced.

However, given the growing rocket and missile threat to Israel and the likelihood that air traffic could be curtailed in wartime, F-35 program officials have come to recognize Israel’s unique, so-called sovereign sustainability requirements.

In an interview in April, Jack Crisler, Lockheed Martin’s vice president for F-35 business development, noted that the F-35 JPO and partner nations had carefully selected airframe and engine repair and overhaul facilities in North America, Europe and Asia “with the expectation that that’s where you would go for depot-level capabilities.”

In the June 16 interview, the Israeli officer said as far as the IAF is concerned, the issue of self-sufficiency in logistics as well as maintenance has been solved. “Most, if not all of the maintenance is supposed to happen in Israel,” he said.

“We don’t know how ready we’ll be to do depot-level maintenance in the first years, but then that type of work is not supposed to be needed in the near term,” he said. “What’s important is there is a decision in the long-term to do depot-level here.”

As for logistics, the officer said the IAF intends to make use of Lockheed Martin’s Autonomic Logistics Information System (ALIS), a worldwide sustainment network that gives operators the ability to plan, maintain and support the aircraft through their projected 55-year lifespan.

However, to accommodate the risks of wartime interruption, the service in parallel is planning to beef up its own in-country inventory of spare parts.

“We’re talking about a buffer of logistics that we may need to use if rockets and missiles start falling here,” he said.

Meanwhile, the F-35I project director noted that Israel has sent dozens of people to Eglin Air Force Base for maintenance training since late last year. Courses there run between two to four months, depending on specific discipline.

“There are a lot of people at Eglin; it’s the most we’ve had up until now,” the officer said. “They are learning a lot about this new aircraft and getting above and beyond cooperation from the Americans in terms of information and the training they need to maintain these jets.”

Israel has contracted for 33 F-35Is; a first batch of 19 in 2010 and another 14 in February 2015. A follow-on order for another 17 planes is expected once Israel and the US conclude a new 10-year aid package, according to Israeli sources.

Israel’s new Defense Minister Avigdor Lieberman plans to lead a delegation for the rollout of the first two F-35Is at Lockheed Martin’s production facility in Fort Worth, Texas, on June 22. Those initial two aircraft are scheduled to arrive in Israel on December 12.