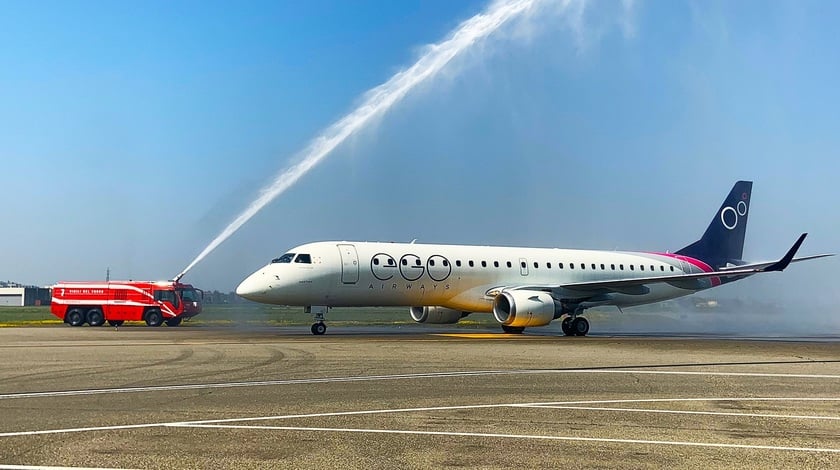 Italian regional start-up EGO Airways, founded in 2019, operated its maiden flight last week. A single Embraer E190 the airline has in its fleet flew from Catania to Parma, and later during the day, touched down at Lamezia Terme and Forli airports.

Although the airline was founded almost two years ago, it was only on March 30th that EGO operated its first commercial flight. On this particular day, the E190 departed Catania Fontanarossa Airport at 10:37 local time. After flying for just 82, the plane touched down in Parma at noon.

The company has given its 13-year-old E190 aircraft a name – Martina. Just before the maiden flight, EGO Airways announced: “We would like to wish to Martina and all the passengers who will face this important moment with her, a good flight. Just be yourself, cause from today we’ll do the rest.”

According to the carrier’s online booking system, its initial network will include routes from Catania to Parma, Florence Peretola, and Forli. It also plans to add its maiden international scheduled flights to Ibiza and Mykonos at the end of May.

EGO Airways says that additional two units of E190 are due to arrive shortly.