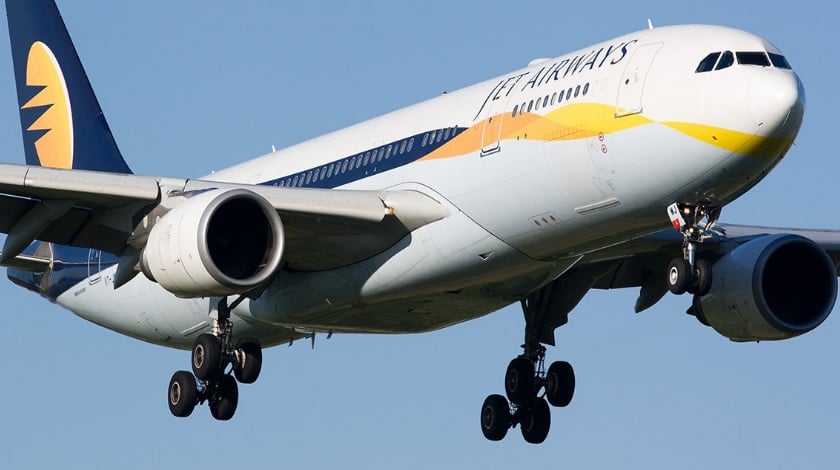 Panic gripped a Mumbai-Delhi Jet Airways flight on Monday morning after a printed note threatening about hijackers on board and a bomb placed in the plane was recovered.

The pilot initiated the hijack alert and diverted the flight to Ahmedabad airport where a thorough check was conducted.

No explosives were found in the plane, which took off from Mumbai at 2.55 am and landed at Ahmedabad airport at 3.45 am.

Civil Aviation Minister Ashok Gajapathi Raju said the mischief maker has been identified. “I am advising the airlines to put him on the No-Fly list immediately, in addition to other statutory criminal action,” Raju tweeted.

The airline said the pilot decided to divert following “declaration of emergency as per established security procedures, due to the detection of an onboard security threat”.

“The aircraft landed without incident at Ahmedabad airport and was parked at a remote bay, where all 115 passengers and seven crew members were safely de-planed,” the airline said.

The printed note in Urdu and English was found in the washroom of the plane by a crew member.

“Flight No 9W-339 is covered by hijackers and aircraft should not be land (sic) and flown straight to PoK (Pakistan-Occupied Kashmir). Twelve people on board. If you put landing fear you will hear the noise of people dying. Don’t take it as a joke. Cargo area contains an explosive bomb and will blast if you land in Delhi,” the note said.

The passengers took off for Delhi at around 10.30 am after all the passengers de-planed, screened and photographed. The fliers were questioned by security personnel.

“Jet Airways is extending full cooperation to the security agencies who are investigating the matter and is not in a position to comment further at this stage,” the airlines said.