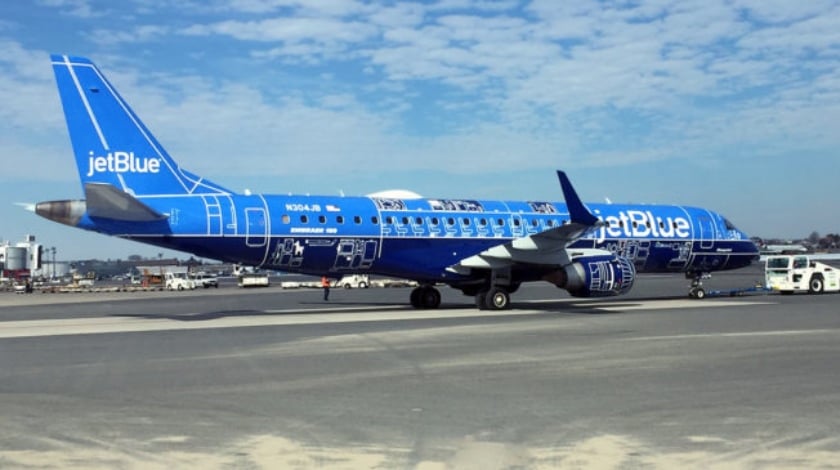 JetBlue Airways has rolled out a special Embraer E190 livery and a new tailfin design that will appear on multiple aircraft this year.

The New York-based airline said it is introducing the new paint schemes in celebration of its 17th anniversary this month.

According to a JetBlue statement, the carrier “has a long tradition of adding unique, special liveries to its Airbus A320 fleet and that tradition is expanding to the airline’s E190 fleet.” The paint scheme showcases the so-called “bones” of the 100-seat aircraft.

“Drawing upon the styles of various aviation, nautical and space exploration vehicle cut-away diagrams, the JetBlue design team created a mechanical X-ray of sorts infused with some JetBlue fun,” the carrier said in a statement.

According to JetBlue, the see-through paint job “draws on both the technical and fanciful aspects of air travel. Mechanical features like the nose gear, jet engine and yoke were among the more obvious design elements to include. But for the onboard features, JetBlue designers drew upon their own travel experiences, crewmember tales, and the airline’s loyal customers for inspiration, even creating fictional characters to compile a list of the items they might be traveling with.”