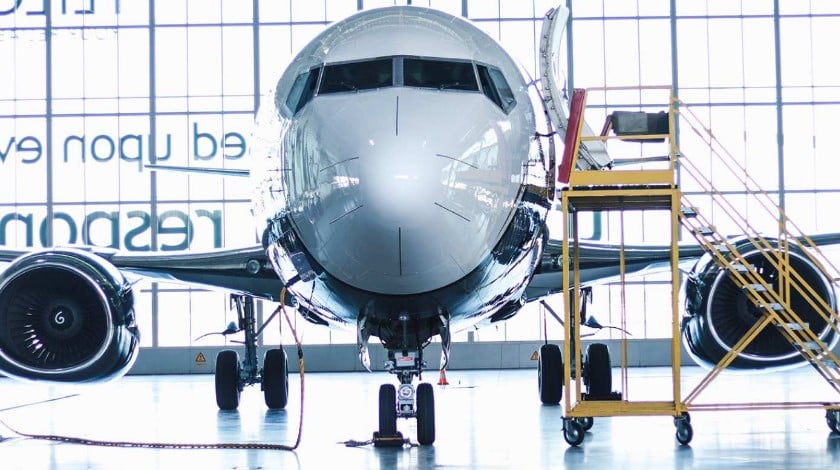 Having acquired the Boeing 737-500 in November 2016, AviaAM Leasing became the third owner of the aircraft, which was initially owned by US carrier Continental Airlines since the new aircraft was produced in 1998. The airline used Boeing for regional and charter flights with economic class seat configuration, seating 126 passengers.

Prior to aircraft delivery, the economic class Boeing 737 has undergone major modifications to fulfill the needs of large groups of business travelers, as well as professional sports teams. Modification project was executed by global MRO provider FL Technics in 5 months, involving over 50 aviation engineering, maintenance and design specialists from Lithuania, the United Kingdom and Italy.

“We have been aiming to supplement our diverse fleet with a large business jet suitable for professional sports teams, business travelers and government officials for a while now. Having acquired the Boeing 737 in a condition favorable for such modification, we entrusted FL Technics with the challenging project execution and the end result is more than we could’ve expected,” comments Tadas Goberis, Chairman of the Board and CEO of AviaAM Leasing.

After the modification, newly furnished Boeing 737 business jet received EASA supplement type certificate and full set of aircraft airworthiness documentation from Lithuanian CAA. The aircraft already has gained an interest among the sports team and will be used by Euroleague participant Zalgiris Kaunas. At the beginning of autumn, the sports team will start flying the leased aircraft to road matches.