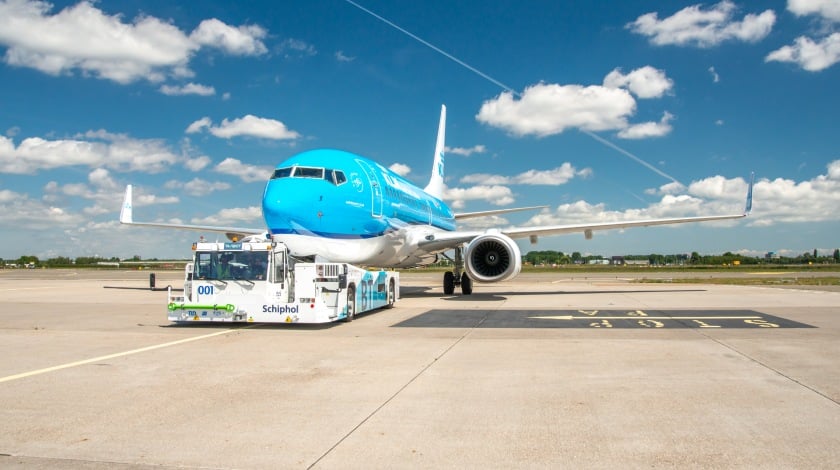 KLM Royal Dutch Airlines is one of the most active airlines in the world in terms of sustainability. Apart from numerous initiatives to make aviation greener, the airline has recently joined testing of sustainable ways to taxi aircraft at Schiphol.

The object of innovative tests is a Taxibot – “a hybrid towing vehicle which, unlike the normal pushback trucks, is licenced to tow full aircraft to near the start of the runway, without the aircraft having to start its engines”.

According to KLM, this “is expected to reduce fuel consumption during taxiing by 50% to 85%”.

Currently, it is a joint research of KLM, Transavia and Corendon that were enabled to use Taxibot by Schiphol Airport. During the trial carried out on 27 May, an empty KLM Boeing 737 was towed to the runway by the Taxibot.

“It’s important to find out how far we can cut CO2 emissions by using the Taxibot,” explained KLM’s project manager, Jeroen Jaartsveld.

“We’d also like to know how long it takes to taxi with the Taxibot, what effect this has on aircraft engine maintenance, and how we might introduce sustainable taxiing with Taxibots on a large scale into Schiphol’s daily operations.”