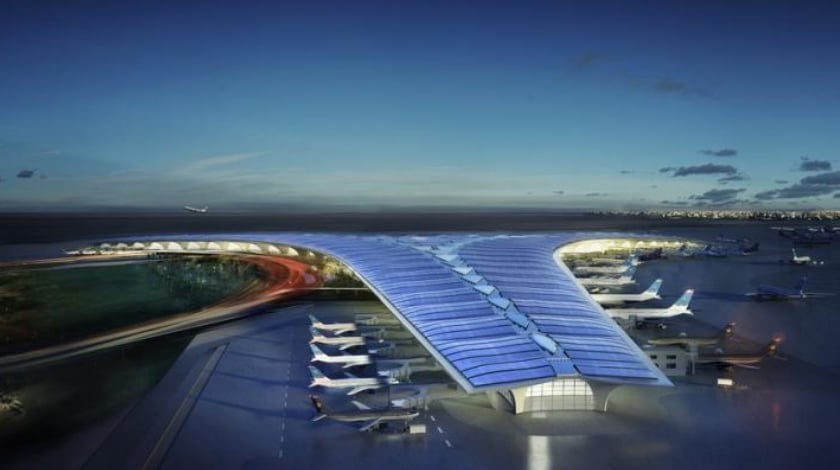 The Gulf state of Kuwait has begun heavy construction work on its new airport, designed to ease serious overcrowding problems.

The existing Kuwait international Airport, the emirate’s sole civil aviation facility, has an annual design capacity of 6 million passengers, but last year handled 12 million. Over the past decade, passenger throughput has increased 10% annually.

The new airport will have an initial capacity of 25 million passengers and will be able to be scaled up to handle double that number as traffic increases. It will be built by a Turkish company, Limak Insaat. It is estimated that the number of passengers using the new airport will pass 23 million by 2027, just four years after the new facility opens.

Airlines using the existing airport are already taking measures to try to ease the burden until the new site opens. National carrier Kuwait Airways expects a new “support terminal” for its passengers to come online around the end of this year or in early 2018, with an annual capacity of more than 4 million.

Kuwait-based hybrid carrier Jazeera Airways has already opened four dedicated gates for its services at the current airport and is also building its own terminal adjacent to the existing building.

The new terminal, which costs KD1.3 billion ($4.3 billion), will initially have 51 gates and stands and will be able to serve up to 21 Airbus A380s simultaneously. The terminal has a trefoil shape when seen in plan form with three symmetrical wings of departure gates, with each façade 1.2 km (.75 mile) long.

Among the new airport terminal’s facilities will be 66,000 roof-mounted solar panels that will generate up to 12 MW of electricity, around 10% of the facility’s requirements.