Lightning Lands in the UK 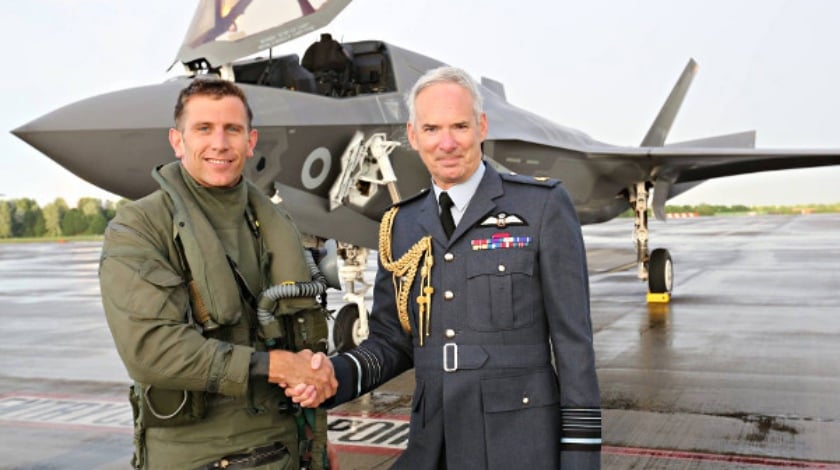 The first of Britain’s new supersonic ‘stealth’ strike fighters has touched down in the UK for the first time.

The combined US/UK team of aircrew and engineers are here in the UK to demonstrate just what the 5th generation state of the art aircraft can do, flying at the Royal International Air Tattoo and Farnborough International Air Show over the next few weeks. The aircraft are due to enter service with the Royal Navy and RAF from 2018.

“The F-35Bs are the most advanced fast jets in the world. Whether operating from land or from one of our two new aircraft carriers, they will ensure we have a formidable fighting force.”

“They are part of our plan for a stronger and better defence: more ships, more aircraft, more troops available at readiness, better equipment for special forces, more being spent on cyber – to deal with the increased threats to our country.”

“The arrival of Lightning in the UK is an important step towards our delivery of operational capability with the UK’s first ever stealth fighter aircraft.”

“Operating from land bases or our new aircraft carriers, the F35B Lightning will provide ‘next generation’ advanced sensor capabilities which, when combined with its low observable, ‘stealthy’ design, allow the pilot to see more, know more and act faster than the enemy.”

“Our Lightning Force is developing very quickly and we are well prepared for the arrival of our first operational squadron (617 Sqn ‘The Dambusters’) at RAF Marham in 2018.”