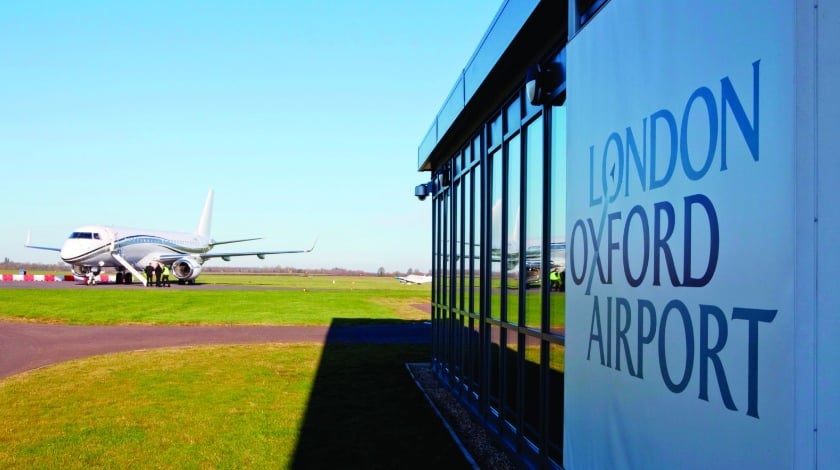 London Oxford Airport finished 2016 as the sixth busiest London airport for business and general aviation – ahead of London City Airport – and entered 2017 as the 16th busiest in Europe – in front of London Stansted and Northolt – according to the latest data from WINGX and Eurocontrol.

Significantly, the airport is regularly seeing larger business jets (over 40 tonnes), such as the Bombardier Global and Gulfstream G650, using its facilities. Its Oxfordjet FBO has seen an increase of 37% in such sized jets for the year-to-date (April) and a 46% increase over the last two years.

Overall, London Oxford’s jet movements were up 6.4% for 2016, with the airport handling a total of 5,629 business aviation movements (this figure accounts for turboprops and jets alone and excludes piston-engined twin aircraft used as air taxis).

Recreational general aviation movements decreased by 4%, but helicopter movements were up 25% for the year to over 6,000.

Airbus Helicopters, whose UK home is at the airport, accounted for nearly a thousand more movements on top of this figure. London Oxford Airport is currently home to some 65-based aircraft. It has seen the amount of AOC activity grow 19.8% year-on-year and is now well placed, with its attractive cost base and infrastructure, to support the expected crop of new entrants looking to take advantage of the new EASA rule endorsing CAT SETops (Single Engine Turboprops in commercial operations IFR).

The airport is already looking after a new Pilatus PC-12NG for a private owner and soon hopes to see UK operators place the likes of Caravans and PC-12s onto AOCs, both on charter and, in some cases, scheduled service provision. The airport is responding to demand for more hangar space by building a new 15,250 ft². single, stand-alone bay with 1,850 ft² of adjacent offices external to the hangar (landside), plus 30 car parking spaces. Located at the end of Hangar No. 14, the newest development is scheduled to be available by year-end.