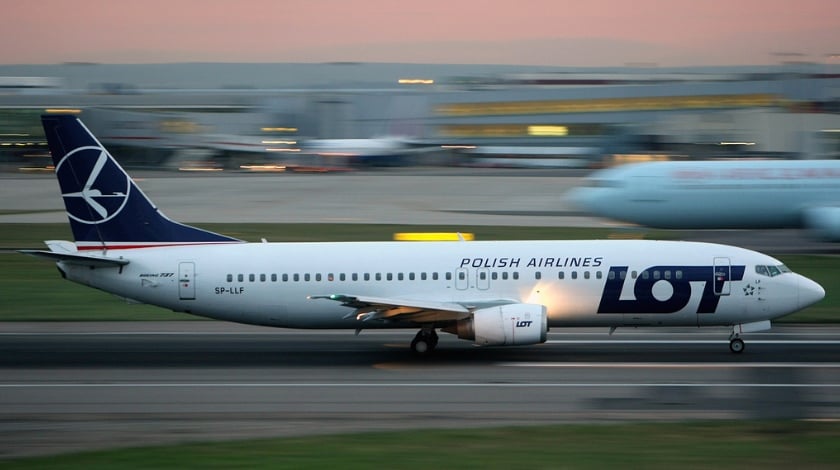 LOT develops its fleet of mid-range planes. In 2017 the Polish airlines, being one of the first airlines in the world, is going to have the first Boeing 737 MAX 8 – a state-of-the art aircraft belonging to the popular 737 family. In the first half of next year, LOT’s fleet will be extended also by 737-800 NGs airplanes.

Acquiring new aircraft is an important element of LOT’s strategy and will allow to enhance the quality of its products, launch new routes and compete more effectively on the most popular routes.

LOT will have the first Boeing 737 MAX 8 delivered in November 2017 and the next one a month later. In total, until 2020 LOT is going to lease 6 such aircraft, with an option of leasing another 5. The aircraft will be delivered straight from Boeing plant by Air Lease Corporation.

“I am glad that thanks to our partners’ trust we succeeded in acquiring state-of-the-art narrowbody aircraft for our passengers. As a result, soon we will be able to offer our customers a completely new dimension of comfort onboard and an even broader network of connections. It is quality of traveling already known to our passengers from our Dreamliners” – says Rafał Milczarski, LOT’s CEO.

Boeing 737 MAX 8s under the LOT brand will have 186 slender and comfortable seats, three in each of two rows. The cabin’s new interior, Boeing Sky Interior, inspired by Dreamliners, has been equipped with features such as a new ergonomic design of storage bins, LED mood lighting, more conviniently located speakers and buttons. Seats will have electric outlets installed at passengers’ eye level. Among other things, in the kitchen galley convection ovens allowing to make better quality warm dishes will be installed as well as a profesional espresso machine.

Moreover, the 737 MAX 8 model is an exceptionally economical and at the same time environmentally friendly aircraft.

“The lower our operating costs, the more affordable our fares. The new 737 MAX 8 is unmatched as regards that aspect. It is 7% lighter compared to its previous model, it has wings with new types of winglets and fuel efficient engines which emit less CO2 and are more quiet – by 40%. Thanks to all those factors its operating cost per seat is at least 8% lower compared to any competitive model on the market. Also 737 MAX 8 ‘s ecological footprint is actually much smaller” – adds Milczarski.

“Restocking the narrowbody fleet was our greatest challenge. Even though the new 737 MAX 8s will be supplied in record time, we need planes already for the coming summer season. Thanks to attractive lease terms of four Boeings 737-800 NGs, we can quickly make up for time lost, increasing the number of flights on some of the most popular routes and launching new flights, e.g. to central Asia. Thanks to those aircraft we do have such an opportunity” – says Rafał Milczarski.

A standardized fleet of aircraft produced by one manufacturer allows to further reduce costs of, e.g., technical service and obtaining crews. Pilot training in flying different B737 models does not take longer than just a few days.

Ordering new narrowbody airplanes is part of LOT’s profitable growth strategy that the airlines have been implementing since the early 2016. In total, with their current fleet of 43 aircrafts the Polish airlines launched 23 premier routes, including two long-haul services to Tokyo and Seoul.