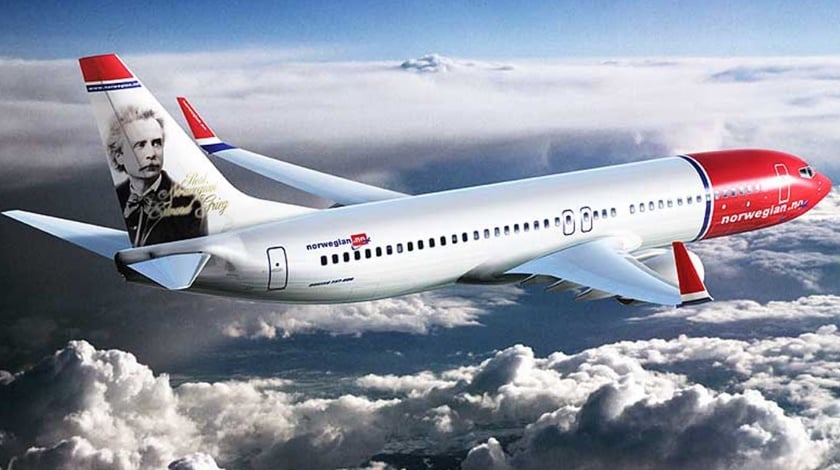 Low-cost air carriers are spreading their wings across the Atlantic, much to the chagrin of the major airlines now forced to serve new destinations and cut fares.

Frequently offering fares less than half that of major airlines, low-cost carriers have quickly attracted travellers.
Traditional players have seen their collective market share decline, dropping from 75 per cent in the summer of 2014 to 72 per cent this summer, according to the air travel data company OAG.

“They could be a growing threat as they add more seats,” he told AFP. “Currently, if you look at the percentage of seats they have compared to major airlines, it’s very small.”

Booked in advance, a round-trip flight between London and New York currently runs an average of $398 on the low-cost carriers, according to Hobica, compared to more than $600 with the major airlines. WestJet even has flights linking Canada and London at $149 (CAN$199). Even with other costs added in, such charges for meals, luggage and headphones, passengers can get a good deal, according to Hobica.

Delta Air Lines, United and American, the three largest US companies, recently said they saw a drop in transatlantic traffic due to Britain’s vote to quit the Eurozone, terrorist attacks in Europe and overcapacity. Revenues could fall as a result.

Transatlantic flights have long been the preserve of major airlines, protected by the Open Skies agreements between the United States and Europe.

The agreements allowed these companies to form three partnerships — SkyTeam, Atlantic and OneWorld — and charge whatever rates they wanted.

The first attempts at low-cost travel in this area were failures. Laker Airways, a 1970s forerunner, lasted less than 10 years after starting flights across the Atlantic.

The game changed with the emergence of a new, more fuel-efficient generation of aircraft, such as Boeing’s 787 Dreamliner and 737 MAX and Airbus’s Neo and A350. “It is not sustainable to operate a low-cost model using old aircraft,” Anders Lindstrom, communications director for Norwegian Air, said by email. The company, which posted third quarter earnings of $122 million, made its first transatlantic flight in 2013.

The collapse of oil prices two years ago persuaded other companies to get in the game given that fuel is air carriers’ greatest expense.

WestJet spokesman Robert Palmer said by email, “Clearly there is a strong demand for low-cost, long-haul service in this country.”

Having battled for supremacy with major airlines in the United States, JetBlue and Southwest Airlines are no longer hiding their ambitions.

The market for transatlantic flights suffers from the same lack of competition that transcontinental flights once did, JetBlue spokeswoman Tamara Young said. The company has purchased Airbus A321 aircraft that could link the US East Coast and Europe.

While their attractive prices have opened doors, low-cost carriers still have to establish their good names, said Hobica of airfarewatchdog.com.

“Are they safe? Are they reliable?” he said. “All they have is low fares. They don’t have a reputation.”