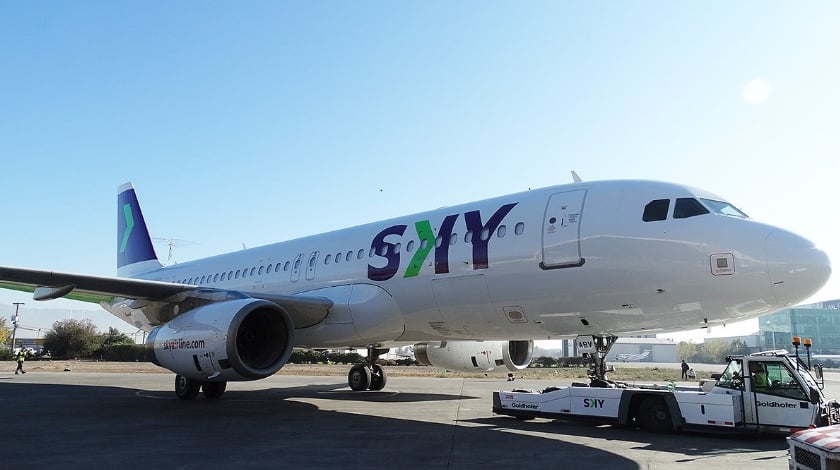 That took a while. The arrival of the low-cost model in Latin America has been a slow process. The reason? Well, quite a few. Long distances for starters. Culture, high aeronautical taxes and charges that impact every operator’s bottom-line and the lack of a solid competing means of transportation, within others.

Mexico, Brazil and Colombia were the first markets to experience the features of this new model, the same that since the early 90’s was being marketed in the US behind Southwest, in Europe through Ryanair or more recently in Asia, alongside the Kuala Lumpur based Air Asia. Plenty other join the list, naturally.

Nevertheless, Chile, arguably the most stable economy in the region, joined the mix during March of 2017 with the rebranding of Sky Airline, the once small and cautious family owned airline which today is second to none in Chile’s low-cost market.

LATAM, Chile’s oldest flag carrier, alongside other recent actors in the market are playing catch-up. Not historically engaged with bargain prices, LATAM has had no other option than to market low prices to compete with SKY Airline for local routes that can go as low as 10 dollars, thus creating a new budget business line to adapt and reduce the losses in market share.

The man who articulated the plan? Holger Paulmann. The firm’s CEO paved the way two years ago by studying alongside his advisers how the Chilean market would potentially receive the news.

“Two basic concepts led the way through the evaluation process: price and service would be the main drivers for success. And today, six months operating under the low-cost model, we have successfully reduced costs by having a unified fleet, we’re the nation’s most punctual airline and we’ve strengthened an already solid seat occupancy rate”, added Paulmann.

It directly serves international routes for Argentina, Bolivia, Brazil, Peru and Uruguay, apart from 17 local destinations. And although the carrier jumped aboard the low-cost carrousel first, Holger Paulmann considers the change in perception of air travel in Chile the main achievement.

“We knew that the low-cost model has been successful in many regions, but shifting from being a standard airline to a low-cost carrier is a challenge that can be measured only by the level of success of how the market changes the way it travels, its habits, especially when you’re the first one to embark in this endeavour.

Today, six months down the road, we are excited with where we stand; keeping our promise to deliver the option for a safe and swift means of transportation for people that only months ago didn’t have that chance to pursue”.

But challenges remain in the region, naturally. The same challenges that Gol in Brazil, Interjet in Mexico and VivaColombia in Colombia experienced some years ago will also test Sky Airline’s and any other future low-cost carrier in Latin America. Somewhat unstable economies, shaky politics in neighbour countries and resistance to change and adapt from aeronautical aviation authorities are the everlasting hurdles.

But the winds are changing nonetheless and travelling is no longer considered only a privilege for the rich, greatly thanks to the boldness of companies like Sky Airline, who accepted the challenge to innovate and withstand all the external uncertainties.