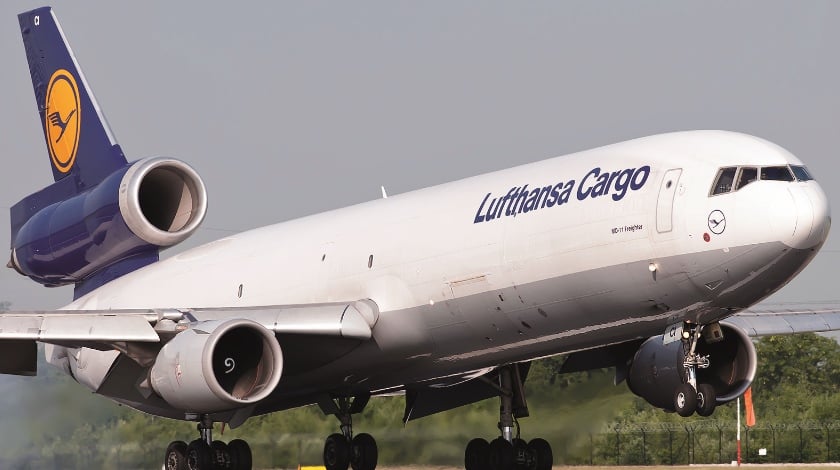 Lufthansa’s cargo arm was named one of two runners-up in the “CO2 avoidance as a contribution to climate protection” category with its “OMEGA – using big data to reduce CO2” project.

Pilots can use the analysis to optimally prepare for a flight and identify any possible deviations from the plan early on. The software was developed by software specialist Aviaso together with Lufthansa. Special applications have been added for Lufthansa Cargo, such as in the area of trim evaluation. Last year, Lufthansa received the German Aviation Innovation Award in the Emissions Reduction category for the OMEGA tool.

The winners in a total of six categories were announced in Ludwigsburg on 4 April at an awards ceremony held as part of the 2017 German CSR Forum. “As an airline, Lufthansa Cargo has a particular responsibility towards the environment and sets itself ambitious environmental targets accordingly.

We are delighted that one of our measures aimed at reducing CO2 was recognised through this nomination”, said Bettina Jansen, Head of Environmental Management at Lufthansa Cargo. This is the ninth year the German CSR Award has been conferred. Together with the German Federal Government’s CSR Award and the German Sustainability Award, it is the highest award for corporate social responsibility available to companies in Germany.

With its wide-ranging catalogue of measures aimed at reducing its freighter fleet’s CO2 emissions, Lufthansa Cargo has made it possible for its customers to lower the annual CO2 emissions relating to their shipments – and namely by 1.35 per cent per year on average since 2005.

To take an example, a five-tonne shipment from Frankfurt to New York would have generated 17.03 tonnes of CO2 in the Lufthansa Cargo freighter network in 2005. By 2015, the level of emissions for the same weight on the same route had been reduced by 2.28 tonnes of CO2 to 14.74 tonnes.

In the first year of OMEGA, Lufthansa Cargo already implemented a handful of additional measures for further reducing CO2 emissions per transported tonne, totalling over 10,000 tonnes of CO2 per year. Another dozen or more specific and very promising ideas are currently being investigated and evaluated.

Lufthansa Cargo wants to reduce specific CO2 emissions by 25 per cent by 2020, taking the 2005 level as the basis. This target should be met through all kinds of operational and technical measures. Significant CO2 savings have already been achieved in recent years through various measures, including a fleet modernisation and reduction in onboard weight.