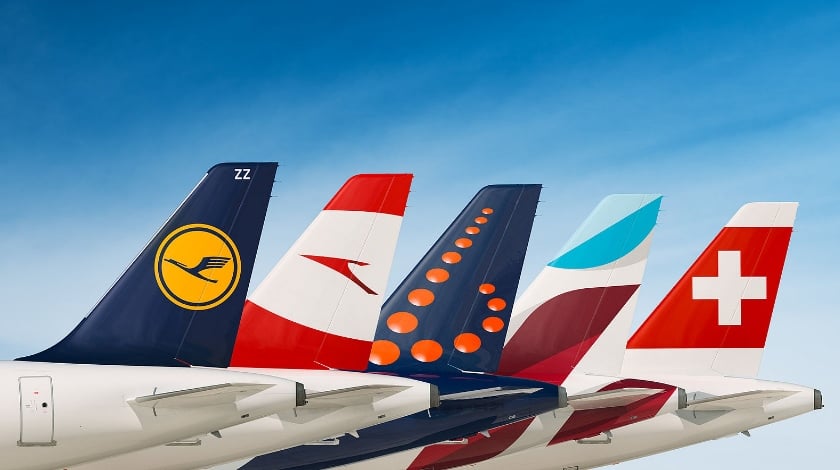 “We have continued on our successful track in the first quarter of this year and achieved another good result,” said Ulrik Svensson, Chief Financial Officer of Deutsche Lufthansa AG, presenting the Lufthansa Group’s financial results for the first three months of 2017.

“For a period that is traditionally difficult for the airline industry, we have posted our first positive earnings result since 2008. This is mainly attributable to favorable trends at Lufthansa Cargo and strong growth at Lufthansa Technik. This demonstrates the strength of our broad setup as aviation group.”

“At our airlines,” Svensson continued, “we are seeing positive developments in the pricing environment and significantly higher traffic revenues. At the same time, however, we cannot be satisfied with the cost development of our airlines. So we will continue to keep a clear and consistent focus on cost. Our positive earnings development in the first quarter was boosted by non-operating results. It is important that even without these, we would still have reported an improved first-quarter result.”

Total first-quarter revenue for the Lufthansa Group amounted to EUR 7.7 billion, an 11.2% increase on the prior-year period. With passenger numbers up a substantial 13.0% and cargo sales also up a sizeable 8.3%, first-quarter traffic revenue increased by 10.9% to EUR 5.8 billion. 4.9 percentage points of this increase can be attributed to the traffic revenues from Brussels Airlines, which has been fully consolidated for the first time since 1. January 2017. This has also increased the total workforce of the Lufthansa Group to around 129,000 employees.

First-quarter fuel costs totaled EUR 1.2 billion, 13.0% above their prior-year level. Non-fuel constant currency unit costs at the Group’s airlines rose by 1.4%. The increase was due to various factors, particularly higher MRO costs at Lufthansa German Airlines and Austrian Airlines as well as higher passenger-related costs as a result of improved seat load factors. Against a 9.5% increase in capacity, constant currency unit revenues declined by 1.1%. In March, the passenger airlines of the Lufthansa Group airlines saw an improvement in their yields for the first time since 2013.

Having raised their capacities by 113%, the Group’s point-to-point airlines almost doubled their first-quarter revenues (+81%). In addition to organic growth, the increase is in particular due to the first-time consolidation of Brussels Airlines. Constant currency unit revenues declined by 13.4%. But as unit costs were reduced as well, the Point-to-Point Airlines’ first-quarter Adjusted EBIT of EUR 132 million was largely in line with its prior-year level.

The positive development of the Adjusted EBIT is attributable primarily to improvements at Lufthansa Cargo and Lufthansa Technik. Lufthansa Cargo benefited from a good recovery in cargo demand and the first successes of its cost reduction program and raised its Adjusted EBIT for the period by EUR 52 million to EUR 33 million. Lufthansa Technik increased both its revenues and its margin (to 9.4%) to post an Adjusted EBIT of EUR 137 million, a EUR 50 million improvement on the first quarter of 2016. Despite restructuring costs, the LSG Group posted an earnings result which, at EUR -2 million, was broadly in line with (+ EUR 2 million) prior-year levels. The Group’s other companies and central functions increased their first-quarter earnings (including currency and consolidation effects) by EUR 58m versus the prior year to EUR 29 million.

The improved operating result and strong advance bookings raised the Group’s cash flow from operating activities by 49.5% to EUR 1.6 billion. Free cash flow almost doubled to EUR 1.1 billion, despite a 5.7% increase in capital expenditure. Net financial debt was reduced to EUR 1.9 billion, 28.7% down from its level at the end of 2016. The equity ratio also declined to 17.9%, some 2.7 percentage points down from its 2016 year-end level. This is a result of the extended balance-sheet total from a new promissory note loan, the first time consolidation of Brussels Airlines and favorable advance booking trends.

Pension provisions rose by 3.5% compared to 2016 year-end to EUR 8.7 billion, as a result of a 0.1-percentage-point reduction in actuarial discount rates. The initial contribution of EUR 1.6 billion into the defined contribution pension fund for the flight attendants of Lufthansa German Airlines is not yet accounted for and will only be reflected on the balance sheet later. This will then shorten the balance sheet total again and improve the equity ratio accordingly.

“Despite our strong first-quarter results and the good forward bookings at our airlines, our full year guidance for 2017 remains unchanged,” says Ulrik Svensson. “At our airlines, we do not yet have a sufficient visibility on the bookings in the important third quarter.”

For the full year 2017, the Lufthansa Group expects to report substantially higher revenues and an Adjusted EBIT slightly below previous year. Fuel costs (including those for Brussels Airlines) are expected to increase by some EUR 500 million. With 4.5% organic capacity growth and a 12.5% overall increase in capacity, constant currency unit revenues are expected to decline less than in 2016. And despite the increase in unit costs recorded in the first quarter of 2017, the Lufthansa Group remains committed to its long-term objective of lowering its non-fuel constant currency unit costs, and will continue to consistently pursue this goal.