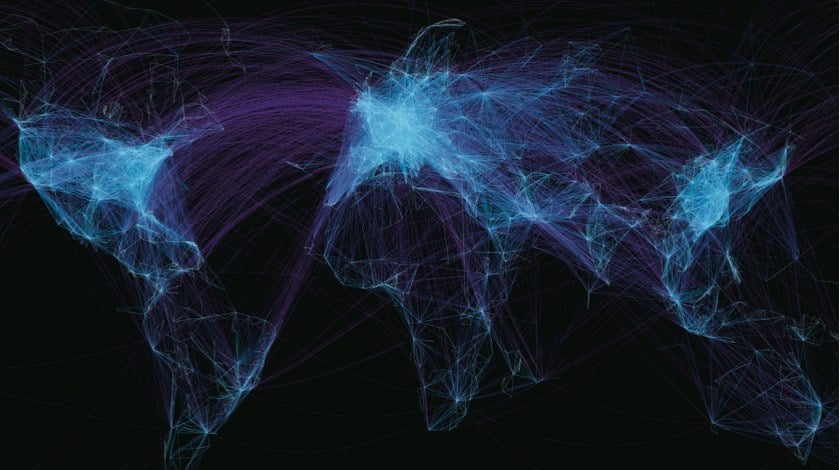 In the coming 2016 summer schedules, which enter into effect on 27 March, the airlines of the Lufthansa Group will offer one of the most comprehensive networks of air services in the world, with over 23,140 weekly flights. Via their Frankfurt, Munich, Zurich, Vienna and Brussels hubs, and also with numerous point-to-point connections, the Group’s airlines will serve 316 destinations in 101 countries (compared to 321 destinations in 103 countries in Summer 2015).

This vast range of services will be further supplemented by over 18,000 codeshare flights offered in collaboration with some 30 partner airlines to provide Lufthansa Group customers with a virtually worldwide air travel network. The 2016 summer schedules of all the member airlines of the Lufthansa Group are valid from Sunday 27 March to Saturday 29 October.

The main innovations, airline by airline:

Lufthansa will serve 205 destinations with a total of around 10,712 weekly flights in its 2016 summer schedules. New to the intercontinental network is San Jose (USA), which receives five-times-weekly service from 1 July. The San Jose metropolitan region is home to some 3.3 million people. It is also located in the heart of California’s Silicon Valley, the domicile of countless top-flight companies from the IT and Internet world. Many major corporations in the biotech, pharmaceuticals and medicinal sectors are also based in the region, which is further home to the research laboratories of several car manufacturers.

San Jose is not only attractive to business travelers, though. It is also an ideal starting point for exploring Northern California. And as such it is an appealing alternative to San Francisco, which is just 70 kilometers away.

In addition to its Frankfurt services, Lufthansa will be offering new long-haul flights to Denver (USA) and Tehran (Iran) from its Munich hub. Denver will receive five weekly services from 11 May, while Tehran will enjoy thrice-weekly service from 4 July.

Lufthansa Munich is adding further leisure destinations this summer, too. The coming 2016 summer schedules bring new services to Santorini and Corfu (Greece) and Porto (Portugal). Porto will receive four-times-weekly service from 24 April, while the two Greek islands will each enjoy one weekly flight from Whitsun onwards.

Demand for travel to and from Eastern Europe is clearly on the rise. And in view of this, Lufthansa will be offering its first flights from Munich to Debrecen (Hungary) and Rzeszów in Southeast Poland. Odessa (Ukraine) also returns to the Munich-based network, served with two weekly flights from 31 March. Tallinn is yet another new destination available from Munich. Flights to the Estonian capital are being offered twice a day in conjunction with Adria Airways.

Lufthansa also plans to further expand its network in collaboration with its partner British Midland. In future, Lufthansa customers will be able to reach Southampton (UK), Norrköping (Sweden) and Bergamo in Lombardy (Italy) non-stop from Munich. And Rostock (Germany) will now receive six weekly flights.

Austrian Airlines will offer its customers an extensive network of 130 destinations in 55 countries in its 2016 summer schedules. Services include almost daily flights to all North American destinations: seven times weekly to New York, Washington, Toronto and Chicago, and six times weekly to Miami.

Austrian Airlines will also operate 31 weekly non-stop services from Vienna to Asia in its summer schedules: a five-times-weekly Boeing 767 service to Beijing, up to daily Boeing 777 services to Shanghai, Bangkok and Tokyo, and five weekly flights to Hong Kong.

Brussels Airlines will serve no fewer than nine new destinations in its summer schedules. Toronto (Canada) joins the growing long-haul network, served five times a week from the end of March. The new service also offers numerous onward domestic connections from and to Toronto, thanks to Brussels Airlines’ close collaboration with Star Alliance partner Air Canada. Accra (Ghana), to which service was launched this winter, remains in the network for the summer schedules.

Closer to home, Brussels Airlines continues to expand its summer services to holiday destinations and European regional airports. The new additions here for Summer 2016 include Nantes (France), Heraklion and Thessaloniki (Greece) and Jerez, Tenerife and Gran Canaria (Spain). The new service to Belfast (UK) City Airport, meanwhile, is a first within the Lufthansa Group.

Eurowings will serve 130 points in 41 countries in its 2016 summer schedules from its Berlin (Tegel), Dortmund, Düsseldorf, Hamburg, Hanover, Cologne/Bonn, Stuttgart and Vienna operating bases. Seven of these points are intercontinental destinations.

New to the Eurowings long-haul network will be Boston (USA) and Mauritius, both served from Cologne. The further long-haul destinations of Bangkok and Phuket (Thailand), Punta Cana and Puerto Plata (Dominican Republic) and Varadero (Cuba) also receive their first summer Eurowings service.

New services will further be introduced from Cologne to Varna (Bulgaria), Mahon (Spain) and Brindisi (Italy), which will all be newly served from Düsseldorf, too. Two new points in Turkey – Bodrum and Samsun – will be served from Cologne, while Hanover-Antalya and Düsseldorf-Kutahya Zafer further expand Eurowings’ summer coverage of the Turkish travel market.

Eurowings Stuttgart will offer a new route to Pula (Croatia), while Cagliari (Italy) will be newly served from both Hamburg and Berlin. The Italian market will be further served by flights on the Vienna-Rome and Hamburg-Pisa routes. Summer-schedule destinations from Hamburg include Ibiza (Spain), while Eurowings Düsseldorf offers services to Edinburgh and East Midlands (UK), and to Lisbon (Portugal) and Kavala (Greece).

In further developments, Alicante (Spain) and Bastia (France) will be newly served from Düsseldorf and Vienna this summer. And flights from Vienna to Faro (Portugal) and Valencia (Spain) further supplement Eurowings’ extensive 2016 summer schedules.

SWISS will be further adjusting its range of services from Zurich and Geneva in its 2016 summer schedules. Alicante (Spain) receives a new thrice-weekly service from Zurich, while the vacation destination of Lamezia Terme (Italy) will be served weekly from Geneva. The new schedules also see frequencies increased to various existing European and intercontinental destinations. And SWISS’s new flagship Boeing 777-300ER will be introduced onto a number of routes in the course of the timetable period. SWISS will serve 102 destinations in 46 countries in its new summer schedules.