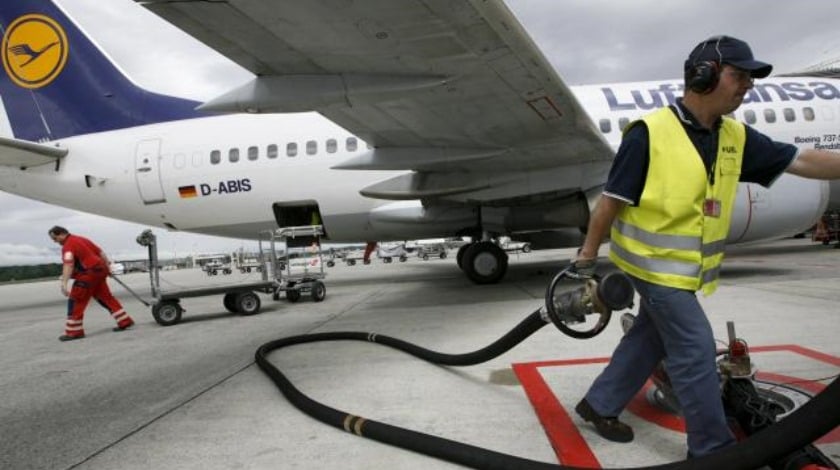 Lufthansa said it expected its fuel bill to be 14 percent lower in 2016 thanks to falling oil prices, which will help boost its profit next year after record earnings in 2015.

Oil has dropped around 70 percent since June 2014, touching levels not seen in over a decade this week, bringing a boon to airlines because jet fuel is one of their main costs.

That and other efforts to reduce costs will help boost profit in 2016, from expected adjusted earnings before tax and interest of between 1.75 and 1.95 billion euros in 2015.

Legacy airlines like Lufthansa are under increasing pressure from fast growing low-cost rivals.

“Many airlines will increasingly get benefits of low fuel as hedges unwind,” independent aviation consultant John Strickland said. “This will certainly bring into sharp focus areas of high cost in the legacy airlines such as labour and it comes at a time when Ryanair is piling on the competitive pressure in Germany with massively expanded capacity.”

Airlines body IATA predicts European airlines will see more benefit in 2016 from lower fuel prices because hedges made when the oil price was higher will unwind.

Air France-KLM shares were downgraded to “sell” from “neutral” by UBS on Friday, with the broker saying that among other worries, it was concerned that the majority of the fuel benefit was likely to be given back to consumers in the form of lower ticket prices.

Lufthansa said on Friday it expected prices to fall again in 2016, partly as it expands the Eurowings low-cost unit, its response to increasing competition from the likes of Ryanair and easyJet.

“Ultimately, fares are down to the balance between supply and demand. No matter which way you look at the oil price and hedging issue, low cost carriers always have the advantage because of their lower fares and costs,” Jonathan Wober, chief financial analyst at CAPA-Centre for Aviation.

Lufthansa also said profits would drop in its maintenance and catering divisions, though did not provide further details.

Lufthansa is due to report 2015 results on March 17, at which point it is expected to provide a more detailed outlook for the current year.