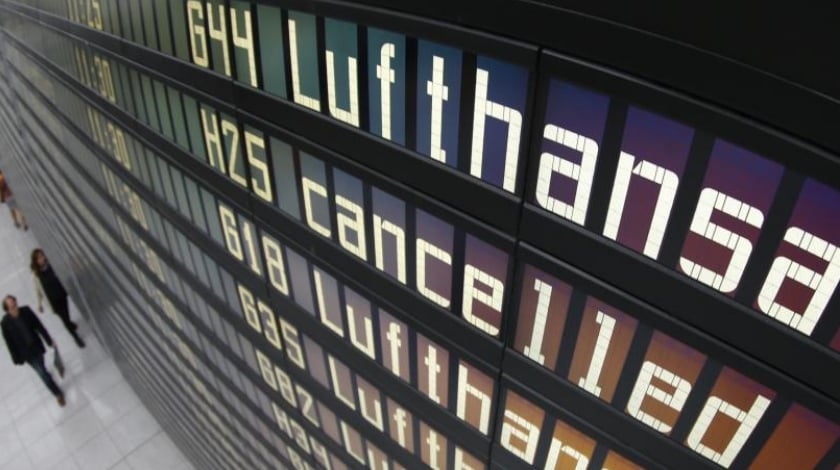 Lufthansa notes that the pilots’ union Vereinigung Cockpit has announced an additional strike for Thursday before Wednesday’s strike has even begun.

Once more, they are inflicting extensive damage on company and especially on customers. The union has announced the strike on its website for Thursday, from 00:01 to 23:59. Once again, all Lufthansa long- and short-haul flights leaving Germany are affected.

Lufthansa will make preparations to deal with the operative effects of the strike immediately, in order to allow its customers to make reliable plans as soon as possible.

876 flights have already been cancelled for Wednesday, including 51 long-haul flights. Lufthansa regrets and apologizes for the inconvenience that the flight cancellations are causing its passengers.

The extension of the strike is an additional escalation by VC, which will cause even more uncertainty for customers. Lufthansa has offered the union a joint request for mediation. Because this labour dispute can only be resolved if a compromise can be found together. If the union closes itself off from this search for a solution, it will be causing avoidable damage for all affected customers and for roughly 115,000 colleagues at Lufthansa Group.

The Group airlines Eurowings, Germanwings, SWISS, Austrian Airlines, Air Dolomiti and Brussels Airlines are not affected by the strike.

Flights to and from Germany that are operated by the Group airlines are also not affected by the strike announcement. Flight operations at the Zürich, Vienna and Brussels hubs are proceeding as scheduled.

Lufthansa asks all its customers to take the precaution of checking the status of their flight on LH.com before travelling to the airport. Lufthansa will also be notifying all passengers who have provided contact information in their customer profiles of any flight cancellations by e-mail or SMS. Customers can also call our free hotline at 0800 850 60 70 for information (free from German landlines).